A story of a friendship that goes way beyond skin deep

Stephen Evans and Andy Bowers have been friends for about 15 years but on March 13, 2014 their friendship reached a new level in the transplantation unit of the Royal Victoria Hospital at the McGill University Health Centre. Two years later, as part of National Organ and Tissue Donation Awareness Week, they reflect on their incredible journey.

The friends’ journey began in July 2013, when Stephen, after suffering cramps in his legs, was unexpectedly diagnosed with end-stage renal failure and learned he needed a kidney transplant. Andy was shocked when he got the news. As an altruistic person and father of two children, just like his friend, the first thought that came to his mind was “What can I do?” 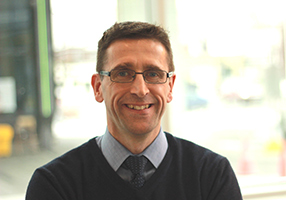 It’s a strange and powerful feeling to be able to give someone’s life back. - Andy Bowers

Over the following months, Stephen received dialysis three times a week, went on a very strict diet and underwent a process to determine if he was strong enough to survive the transplant. Fortunately, the answer was positive. For his part, Andy inquired about kidney donation and found that the risks were minimal, especially when compared to the value of the gesture. "So I offered myself for the kidney donation and I happened to be a perfect match," he said.

Andy had to endure a rigorous screening process before the actual transplant to ensure that he was in good health and that he didn’t have high blood pressure, diabetes, cancer, or kidney or heart disease, and was well prepared psychologically for what awaited him. 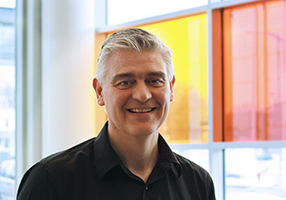 It was great to participate in the World Transplant Games and I plan to take part in the next ones, in Spain. - Stephen Evans

The day of the transplant, Andy’s kidney removal started at 8:30 a.m. and lasted two hours, while Stephen’s surgery started at 9:30 a.m. and was finished within four hours. Stephen’s grafted kidney started working instantly. “All of my previous symptoms were gone the minute I woke up from surgery,” he says.

Through the experience, the friends learned that there were 5,500 patients on dialysis across Canada and 1,000 in Quebec—most are waiting for transplants. Renal transplantations save lives but it also saves big money. A renal transplant generates savings of a quarter of a million dollars over five years for taxpayers, when compared to dialysis, which costs about $60,000 a year per patient. This inspired them to launch the successful awareness campaign The Sign of a Hero, through which they tell their story to demystify some truths about organ donation and, above all, to encourage people to sign their donor stickers on their medical card.

Today, both are doing incredibly well. ‘’My life is completely back to normal,’’ says Stephen. ‘’I do all things that anybody can normally do. It’s been fabulous for two years. Absolutely fabulous.’’

he Sign of a Hero really is about raising awareness. Many people are open to organ donation but forget to sign their card. We think that if you sign it, you are a hero. - Stephen and Andy

For Andy, things also went very smoothly. ‘’I was out of the hospital the day after the operation. Nine days later I was running, and three weeks after that I was back to work. It took a year to have all of my energy back, but I was not unable to do things. And now my health is completely back to what it was before. It’s been really really simple.”

Last summer, Stephen even participated in the World Transplant Games, in Mar del Plata, Argentina. ‘’That was my way of showing the world how much you can recover,” he says.

‘’I competed in javelin, discus, shot put, table tennis and squash. I won in discus, I came fourth in the shot put and was slaughtered by the Chinese guy in table tennis!” he adds, laughing. ‘’Squash was very tough because I played eight to nine games in one day. I didn’t make the medals rounds but I won a few games. More importantly than winning was to show that I was able to do it.”

A kidney from a living donor may function better and last longer than a kidney from a deceased donor. Since 2009, interested and healthy enough incompatible donor-recipient pairs from across Canada can participate in the national Living Donor Pairs Exchange Program, which identifies matches between two or a series of pairs that could exchange their recipient, thus increasing chances of finding compatible donors. The program also welcomes anonymous donors ready to make a donation without knowing a recipient.

For more information on organ donation, visit organsandtissues.ca and transplantquebec.ca

Close to 1,000 lives saved thanks to the contribution of a resource nurse in organ and tissue donation at the MUHC: Wendy Sherry, winner of the Grand Prix 2019 presented by Transplant Québec

The Power of Organ Donation