Montreal – Current treatments for tuberculosis (TB) are very effective in controlling TB infection caused by Mycobacterium tuberculosis (Mtb). They don’t, however, always prevent reinfection. Why this happens is one of the long-standing questions in TB research.

So why are our bodies unable to generate permanent immunity to TB, – the leading infectious disease killer worldwide? A team of scientists at the Research Institute of the McGill University Health Centre (RI-MUHC) and McGill University may have found the answer… in the gut. In a study published recently in Mucosal Immunology, they showed that anti-TB drugs caused changes to gut microbiota – the diverse community of microbes living our intestines -- and increased susceptibility to Mtb infection. 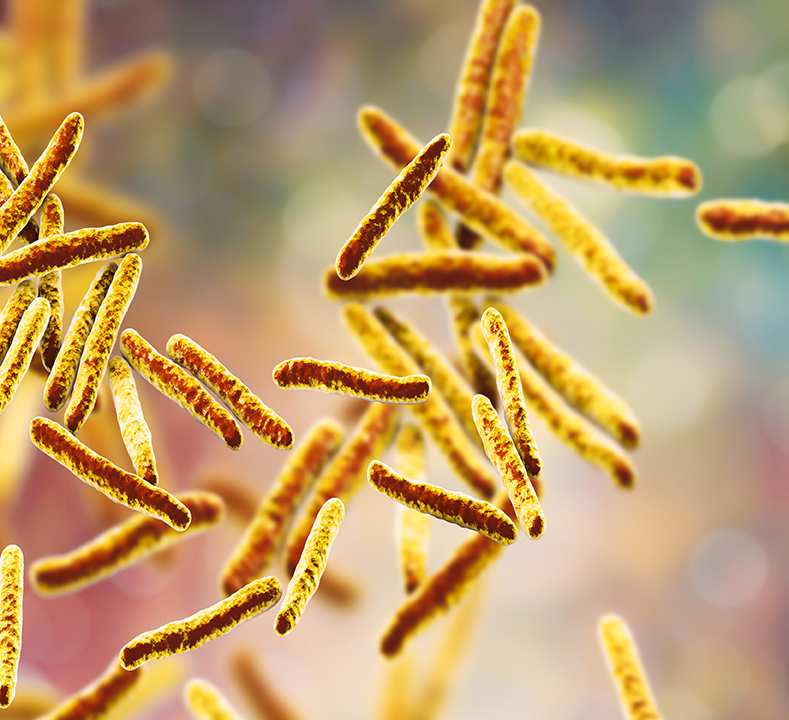 Gut microbiota are critical to keeping us healthy; they help to digest food, combat pathogenic microbes and reinforce our immune system. Recent research has shown that chronic use of antibiotic leads to disruption of this community, which can in turn lead to dysregulation of the immune system.  It remains unclear, however, whether changes in the composition of the microbes living in our gut have an influence on TB infection.

Impact of anti-TB drugs on microbiome

To find out, Drs. Irah King and Maziar Divangahi from the Meakins-Christie Laboratories at the RI-MUHC, with colleagues from McGill's Macdonald Campus, treated mice with the most commonly used anti-TB drugs – isoniazid, rifampicin and pyrazinamide – for a period of eight weeks. They found that while all three drugs significantly altered the composition of the mice’s gut microbiome, only mice treated with isoniazid combined with pyrazinamide showed an increase in susceptibility to Mtb infection.

To make sure the vulnerability of the host to Mtb infection was due to a compromised gut microbiota, the researchers looked at… feces.  Transplanting feces from healthy mice into animals treated with anti-TB drugs was sufficient to restore immunity to Mtb.

Relationship between the gut microbiome and the lungs

King and his colleagues also wanted to better understand the gut-lung axis - a bidirectional communication system between microorganisms residing in the gastrointestinal tract and the lungs – in order to how this might be involved in Mtb infection and immunity.

To do so, they evaluated a number of lung cell types known to be important for resistance to Mtb infection. Following anti-TB treatment, alveolar macrophages, a type of immune cell located in the airways of mice and humans and the first cell to encounter Mtb upon infection, were compromised in their ability to kill Mtb.

“We need to do more research in order to understand how the microbiome affects alveolar macrophages because these cells are critical for controlling early TB infection. We also need to identify the molecular pathways involved in the gut-lung axis,’’ explains King.

“Anti-TB therapies have been incredibly efficient in controlling the TB epidemic by decreasing morbidity and mortality associated with Mtb,’’ says King. “Now, this work provides a basis for novel therapeutic strategies exploiting the gut-lung axis in Mtb infection.’’

Researchers are already thinking of monitoring patients who are being treated with these drugs to see how their gut microbiota changes over time and once treatment has stopped.  The idea will be to control changes to the microbiome in combination with drugs that are effective at killing Mtb.

This work was supported by the Canadian Institutes of Health Research (CIHR).