An estimated 1 million cases of tuberculosis (TB) disease occur in children in any given year, killing as many as 210,000 – a staggering number one team of scientists from the Research Institute of the McGill University Health Centre (RI-MUHC) and McGill University has taken steps to solve.

Dr. Madhukar Pai, associate director at the McGill International TB Centre based at the RI-MUHC and McGill University, and his team was awarded a $100,000 grant from Grand Challenges Canada for their pioneering work to improve the diagnosis of TB in children under the age of 15. Grand Challenges Canada named the team as one of the top 20 Canadian ideas to improve maternal and child health. 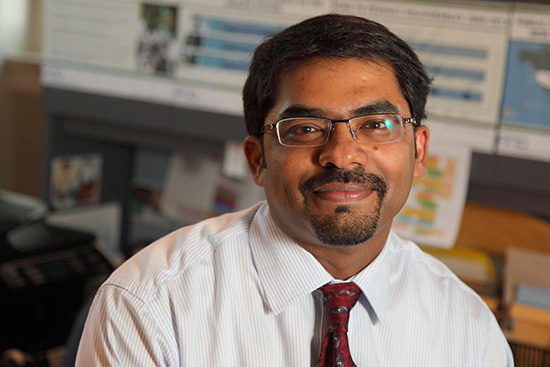 “Detecting TB disease in children is difficult and we need to come up with better tools to protect this vulnerable population,” said Dr. Pai, scientist from the Infectious Diseases and Immunity in Global Health Program at the RI-MUHC and Director of McGill Global Health Programs. “We are grateful to the Government of Canada for supporting our global TB work. TB is the biggest infectious killer today, and we need innovative tools and approaches to tackle this epidemic.”

Dr. Pai, who previously received a grant from Grand Challenges Canada for using mystery patients to assess quality of tuberculosis care, and his team were awarded the grant for developing biomarkers aimed at diagnosing the disease in children.

“A major advantage is that this technique has the potential to produce a diagnostic tool that is not based on sputum but on the much readily available blood samples,” said Dr. Toyin Togun, lead on the project who is a Steinberg Global Health Fellow since 2016 in the Department of Epidemiology and Biostatistics at McGill University. “Also, based on the other characteristics of the biomarkers, there could be less need for highly technical laboratory support, which makes the process of accurately diagnosing TB easier to achieve.” 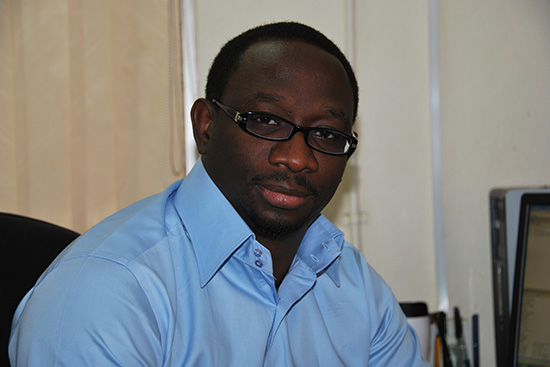 Children normally do not have the strength to produce an adequate sample of sputum. Even if they can, the available sputum-based diagnostic tools are frequently negative even when the child has TB disease. Chest X-rays can also be unreliable, leaving diagnosis of TB in children to be made presumptuously based on a combination of symptoms and signs that are unreliable.

“All of these issues make diagnosis of TB disease in children a challenge,” said Dr. Togun.  “This is why we decided to address this in our research, and our combination of markers showed a high accuracy to detect TB in children from the preliminary data.”

Dr. Togun splits his time between Montreal and the project’s development center at the Medical Research Council Unit The Gambia (MRCG) in West Africa. About 75 percent of all childhood TB cases occur in 30 high TB burden countries, many of which are in sub-Sahara Africa.

“The McGill International TB Centre is famous for its interdisciplinary TB research. McGill faculty is known for their implementation research in high burden countries, and their work in developing policies for the WHO and other global organizations,” Dr. Togun said. “Training, strong mentorship, support and technical expertise – McGill with its expanded network of faculties, schools, hospitals and research institutes has the expertise in this.”

Read more about the project: http://www.grandchallenges.ca/grantee-stars/1706-03538/