“When it comes to mental health, we have come a long way; especially in terms of attitude. But we still have a long way to go. Depression is predicted to be the greatest cause of medical morbidity by 2020. We need to continue the work being started to de-stigmatize diseases related to mental health. I used to say that if we could get to the same kind of sensitization and fundraising that people have in oncology or HIV, we would go a long way. The exciting thing is, treatments are evolving, and more and more evidence is highlighting the importance of psychotherapies, with medication when required. But access to these treatments stills needs to be dramatically improved. I also think it is very important to have patients involved in the organization of services. At the MUHC we have organized a patient group to do just this. We need to get to a point where mental health is on par with other health issues. If you have diabetes, should you feel ashamed or find it difficult to access care? No. Mental health diseases should not be treated any differently. My hope for the future is that depression, anxiety, schizophrenia and so on will one day be responded to in the same manner as any other chronic disease.”

Lynn Connor has a great career, a healthy marriage and she and her husband recently welcomed their first child into the world. But two years ago this picture was not so rosy.

“I was sexually assaulted,” says Connor (not her real name). “It shook me up so much that within months I was not able to function. I had to stop work as I was having panic attacks and flashbacks. I was eventually diagnosed with post traumatic stress disorder.” 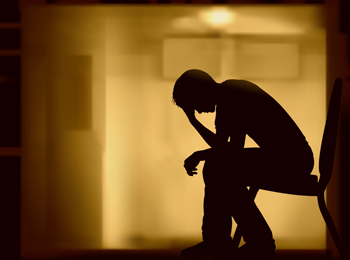 According to Dr. Pierre Bleau, the director of the MUHC Anxiety Program (M.A.P) at the McGill University Health Centre (MUHC), in a lifetime 30 per cent of the population will have an anxiety disorder severe enough to make them dysfunctional. “When we say dysfunctional we mean compared to a person’s previous baseline,” he says. “So someone can be functioning well and then can’t do their job or go to school because the anxiety is overwhelming.”

The M.A.P. assesses any anxiety disorder that is referred to them, which includes mainly second- and third-line referrals—they don’t see many patients who are having first episodes. “Patients are often referred to us by a mental health team or psychiatrist in the community,” says Dr. Bleau. “This is also our mandate within the RUIS*.”

There are six principle diagnoses of anxiety: post traumatic stress disorder; obsessive compulsive disorder; social anxiety disorder; generalized anxiety disorder; panic disorder; and specific phobias (ex. spiders, needles etc.). If another underlying disease has not been ruled out, the M.A.P. team, which consists of two psychiatrists, one psychologist and one nurse, will pursue this before making a diagnosis related to anxiety.

“If a patient has anxiety, we prescribe psychopharmacology treatment and/or pyscho therapy,” says Dr. Bleau. “We also offer cognitive behavioural therapy, which helps patients understand the thoughts and feelings that influence their behaviors, or we explore interpersonal therapy, which focuses on past and present social roles and interpersonal interactions.  A new virtual clinic will also soon open, that will virtually expose patients to their phobias. Over the long run, psychotherapy is the best treatment of choice.”

Dr. Bleau classifies anxiety as a special type of fear. “We try to build a treatment plan to get people to confront their fear,” he says.

Connor was referred to the M.A.P. by her family physician. Her medication was managed by a psychiatrist and she saw the psychologist. “The combination of the two is what I needed for my recovery,” says Connor. “I met with my psychologist once a week for a year and we were able to touch on many issues and triggers that I needed to work on. With a lot of work and dedication I am now able to cope with feelings and emotions that come with this disorder.”

Connor was also impressed that the clinic encourages partners to be involved in the therapy process. “When I was really not doing well, my psychologist would talk to my husband, with my consent, to tell him how to be supportive,” she says. “My husband didn’t know what to do; he had a lot of guilt about not being there to protect me. And he never saw me like that before—I was always a very highly functional person. With this support he was able to help me through the darkest points of my life.”

Dr. Bleau sees time and time again that there is life beyond anxiety. “People can suffer tremendously from this disorder,” he says. “But with treatment, more than 70 per cent of patients won’t have to face anxiety anymore and just as Lynn has shown, can go on to lead very functional lives without the suffering.

*What is the RUIS?

As part of bringing improved healthcare services into the 21st century, the Quebec Ministry of Health and Social Services created the Réseau Universitaire Intégré de Santé (RUIS) in 2003. A portion of Quebec territory was assigned to each of the province’s four Faculties of Medicine, with the intent to facilitate specialized care, medical education, and medical research throughout the province’s many regions.

Each RUIS has the responsibility to coordinate tertiary healthcare services through its associated teaching hospitals, and to support the training and development of healthcare professionals in their corresponding regions.

In an area spanning 63 per cent of the territory of the province of Quebec – which includes 7 different regional authorities, 19 CSSS and four other health centres – RUIS McGill works to offer better access to tertiary health care for a population of 1.8 million. The area includes Nunavik, the Cree Territory, Nord du Quebec, Abitibi-Témiscamingue, Outaouais, western Montéregie and western Montréal.

Face to Face with...

Confident individuals, ready to go back into the real world