Movember shines a spotlight on men’s health this November, including often overlooked mental anguish and its consequences

Concealing health problems is never a smart idea. Yet men can feel the urge to conceal their health worries and brave the pain. Movember disperses the notion that men should remain quiet when it comes to mental health. Speaking up is a major obstacle to getting the necessary help in a country where 75 per cent of suicide victims are male.

Robert, 61, never got to the point of self-harm but feels lucky to have evaded death when addiction to opioids overwhelmed him. The Montreal resident became hooked on pain killers after being prescribed some following a 20-foot fall to pavement while cutting tree branches. 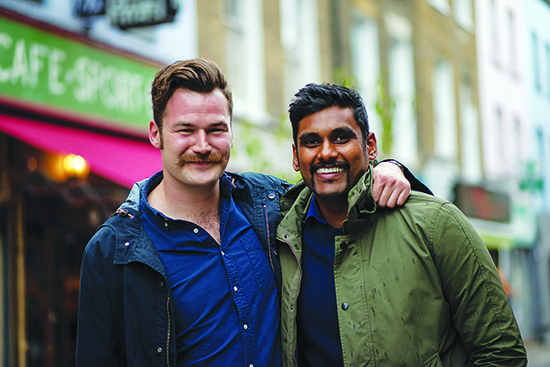 Robert shattered his shoulder, the prescription drugs stabilizing the searing pain and allowing him to continue performing some daily functions. But the effects on his health were omnipresent. Robert didn’t have the strength to hold onto bus handrails and he would fall asleep at his desk, one time waking to a screen featuring pages of the single letter he had dozed off to on his keyboard. For four years, Robert’s tolerance to opioids increased, which required larger prescriptions to offset the pain. Recognizing a breaking point was imminent, Robert sought alternative methods for coping with the pain.

“The amount I was taking could kill you,” remembers Robert. “I still went to work and drove even though I shouldn’t have. There are a lot of things you’re expected to know how to deal with yourself. Life has to go on. That is mental anguish that I could have done without. I should have been concentrating on getting better rather than trying to work.”

The misconception is once you are clean that you will be back to normal. But that is just the beginning – it takes an awful long time to put the jigsaw puzzles of your life back together.”

Escaping this rabbit hole was one of Robert’s toughest life challenges.

“Often what happens is people who use opioids for pain relief recognize they begin using them to treat emotional pain rather than just physical pain,” says Dr. Ronald Fraser, the head of the MUHC’s inpatient detoxification services. “Over time, they lose control over their substance use.”

“Other important mechanisms such as tolerance, hyperalgesia and physical dependence may also contribute to dose escalation,” notes Dr. Kathryn Gill, director of Research at the Addictions Unit. “Fear of experiencing withdrawal discomfort may lead to continued use of opioids despite recognizing they are sedated and/or impaired in terms of their work or social functioning.”

Robert finally decided enough was enough after his dosages continued increasing for four years. After being referred to the Allan Edwards Pain Management Unit, Robert was referred to the MUHC Addictions Unit at the Griffiths Edward Centre (GEC), where he found himself surrounded by people from an array of social backgrounds grappling with similar problems. His companions ranged from the homeless to corporate businessmen and professional athletes. It took seven weeks but Robert soon found himself managing the pain and his expectations without medication.

“The misconception is once you are clean that you will be back to normal. But that is just the beginning – it takes an awful long time to put the jigsaw puzzles of your life back together.”

After coming through the GEC, Robert found support in The Chronic Pain Support Group Montreal (CPSGM), where patients can speak out about their physical and mental pain with peers who have also already experienced much of the same. He also participated in the design and development of a peer-based mentoring program for patients treated in the Mental Health Mission of the MUHC - the Recovery Transition Program (RTP).

“Peer Mentors offer hope and encouragement to those with similar struggles, and the mentors also benefit from helping others,” says Patricia Lucas, the program coordinator at the RTP, which has been supported by the Montreal General Hospital Foundation.

Today, Robert sits on the RTP Steering Committee, working as a volunteer to guide the program’s development.

“I am so impressed by the MUHC’s network of highly skilled surgeons, doctors, therapists, volunteers, and coordinators, who have contributed to getting me back on my feet after my fall,” Robert says. “We are not all deadbeats, low-functioning people who don’t deserve anything. The conception that (drug abusers) brought this on ourselves couldn’t be further from the truth. The RTP brings back that sense of belonging and deserving of being in society again and it helped me rebuild relationships. Misconception can become stigma and can become resistance to people contributing to life around them. The effects are incredibly far reaching.”

If you or a loved one needs treatment related to substance dependence, talk to your GP or visit your local CLSC where a GASM (Guichet d’accèss en santé mentale) will put you in touch with a mental health professional within 72 hours. You can also contact the GEC for an appointment at 514-934-8311. For more information on the Recovery Transition Program, please visit http://recoverytransitionprogram.com

Face to Face with...

Confident individuals, ready to go back into the real world