McRae Campbell is an active and healthy 63-year-old Montrealer. He is also a patient of the Montreal Chest Institute at the McGill University Health Centre (MCI -MUHC) who has been living with the HIV virus since 2001. Through antiretroviral therapy, the presence of the virus in his body is being controlled and his life expectancy has increased.

"It's amazing to see the path I travelled on for over 30 years,” he says. “Just the fact that I can speak to you and that I am healthy is proof of the effectiveness of the treatment.”

By 2015, Canadians over the age of 50 accounted for 50 per cent of the HIV-positive population, a 6 per cent increase in five years. 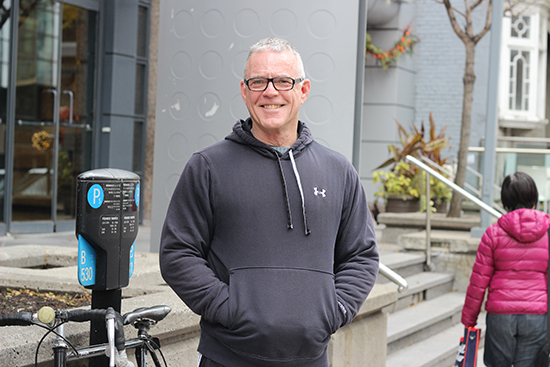 However, with aging new HIV-related health problems have emerged, including cognitive disorders, memory problems, lack of concentration and difficulties in maintaining attention when a task requires it.

"We have noticed that for their sex and age, people living with HIV in several groups around the world perform less well in psychological tests than the norm," explains Dr. Marie-Josée Brouillette, psychiatrist and consultant for the MUHC Chronic Viral Illness Service. “They also often have mood disorders, including anxiety and depression."

"We have noticed that for their sex and age, people living with HIV in several groups around the world perform less well in psychological tests than the norm," explains Dr. Marie-Josée Brouillette, psychiatrist and consultant for the MUHC Chronic Viral Illness Service. “They also often have mood disorders, including anxiety and depression." 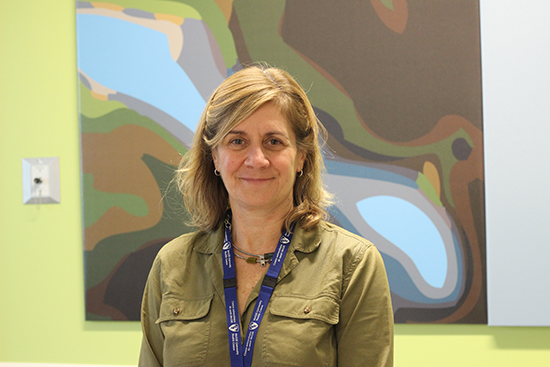 McRae does not experience such difficulties; nevertheless, he did not hesitate to take part in the Positive Brain Health Now pan-Canadian study, which aims at understanding and improving brain health in people living with HIV. The study, led by Dr. Brouillette, Dr. Lesley Fellows, a neurologist at the Montreal Neurological Hospital (MNH-MUHC) and Professor Nancy Mayo, MUHC epidemiologist at the Research Institute of the MUHC, brings together a team of healthcare professionals with varied and interdisciplinary expertise: clinical HIV therapy and neuroscience, basic science, public health and applied statistics.

"These changes in thinking and mood can affect work performance, adherence to treatments and the quality of life of the patient, as well as that of their family and friends," notes Dr. Brouillette. “The causes are not yet clear, so we want to look at the problem as a whole: is it related to biological parameters, such as viral load, duration of infection, or personal factors like smoking, drug use, alcohol, stress level and stigma?"

Positive Brain Health Now is an innovative project that stands out for its breadth and the wealth of information collected. In five clinics across Canada, 840 people were recruited. In four visits over a 24-month period, these patients, whose average age was 54 years, underwent a cognitive assessment, provided blood samples and completed a questionnaire about their vitality, stress, sleep, cognition, quality of life, psychosocial symptoms and HIV-related symptoms, as well as the social support they receive.

Along with the main study, some participants in the cohort were invited to join one of six sub-studies designed to develop interventions to improve brain health in people living with HIV, particularly those that can be implemented easily. At the moment, the team is developing an online program to improve sleep, a structured exercise program and a computer-based cognitive training program. 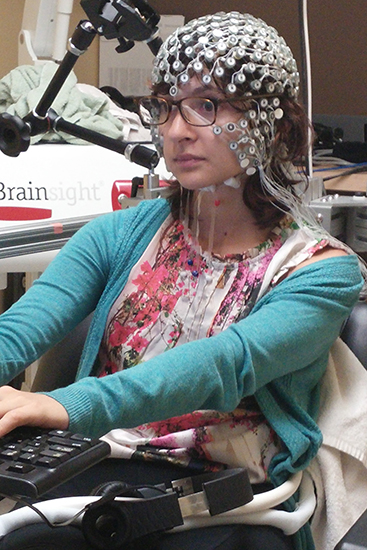 For McRae, who participated in one of these sub-studies, the time spent collaborating with the researchers was not in vain.

"It was more intense than just taking a pill," he says. “I had two MRI exams and wore a headset that records the electrical activity of the brain. I filled out questionnaires and did exercises on the computer at home. It took time, for sure, but I was happy to do it. I am getting older, and physically everything is fine, but it's important to keep the brain healthy as well. If not, what is the point of having a healthy body?"

For Dr. Brouillette and the Positive Brain Health Now team, it is critical to devote energy and resources to improving the quality of life for people living with HIV.

“A lot of energy goes towards prevention and the cure, which is good, but it should not be forgotten that there are many people who are living with HIV who will grow old with the virus. This population has experienced extremely difficult times and have many health problems. Many have lost their social networks and are living with the stigma attached to the disease. They have many needs."

"It's a handful to deal with this disease," says McRae. "We juggle with the responsibilities of everyday life like everybody else, but on top of that, there’s the medication and the social stigma attached to infection. Psychologically, it’s a huge burden. Now that we live longer and healthier, it's time to tackle the mental component. I am very thankful to the MUHC and researchers around the world who are continuing to study HIV." 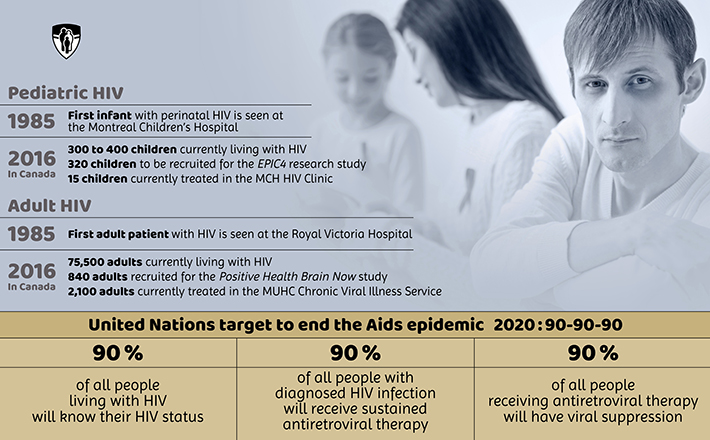