Montreal — Tuberculosis (TB) is a recognized hazard for healthcare workers, but the annual screening strategy currently in place in Canada and the United States is costly with very limited health benefits and should be reconsidered, according to a new study led by a team from the Research Institute of the McGill University Health Centre (RI-MUHC). The findings, published in the journal BMC Medicine, suggest health agencies in North America should consider switching to a targeted strategy focusing on high-risk healthcare workers only. 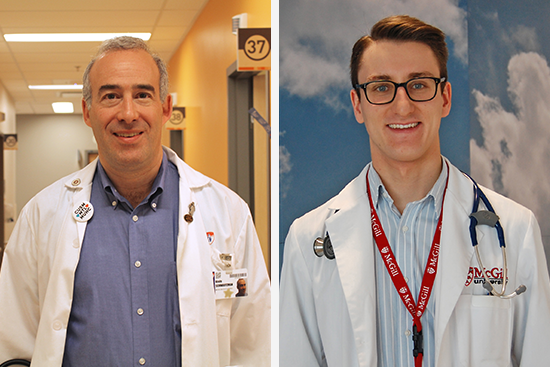 “The *background rate of TB in North American communities is much lower today than it was 25 years ago when there were epidemics of TB in cities across the United States. As such, the risk of healthcare workers being exposed and infected at work is also much lower,’’ says the study’s corresponding author Dr. Kevin Schwartzman, Director of the Respiratory Division at the MUHC and a professor of medicine at McGill University. “Our results suggest the annual TB screening protocol should be changed to reflect more accurately the epidemiology of TB in North America and potentially in other high-income countries, such as those in Northern Europe.’’

The researchers used published data to simulate the experience of a cohort of 1,000 workers who received a baseline negative test after hiring— considering duties, tuberculosis exposure, testing and treatment. They compared the cost-effectiveness of three screening strategies: annual screening (for all workers with significant patient contact), targeted screening (regular screening of only the highest risk workers), and post-exposure screening (screening only after identified exposure). They considered two tests to diagnose TB infection: the tuberculin skin test (TST) and the newer QuantiFERON-TB-Gold In-Tube (QFT) test. The results of this study show that the QFT test was found to be more expensive to use than the TST test, with limited, or no, additional benefits.

“We projected costs, morbidity, quality-adjusted survival and mortality over 20 years after hiring. One of the most striking findings was that the current annual screening strategy costs over $1.7 million to prevent one additional case of active TB in a healthcare worker, when compared to a more targeted screening strategy, which in turn costs around $400,000 more per additional case when compared to the post-exposure screening protocol,’’ says the study’s first author Guillaume Mullie, a fourth year medical student at McGill University. “The costs of current practices are quite significant for the healthcare system, and reconsideration of this long-standing recommendation may be warranted.’’

“Additionally, the more you test healthcare workers without true exposure, the more likely it is that when you do find a positive test it will be a false positive because the tests are never perfect.  ” explains Dr. Schwartzman who is also a researcher at the McGill International TB Centre – a hub for scientists worldwide who work together to fight tuberculosis.

According to the researchers, healthcare workers should not be called back routinely every year for testing just because that is the protocol.  Instead, only workers at a particularly high-risk, for example respiratory therapists performing bronchoscopies, or microbiology laboratory workers, should continue to be tested regularly regardless of stated exposure.  Other workers should be evaluated only after exposure to a contagious patient.

Caused by the bacteria Mycobacterium tuberculosis, TB remains a leading cause of morbidity and mortality worldwide.  In its active phase, it is transmitted in droplets when a patient coughs or sneezes. After first contact with the microbe, the disease can develop rapidly or remain latent for several years before activating.  Routine screening and treatment of latent TB infection has traditionally been an important part of TB prevention in Canadian and US healthcare institutions, but recent data have called into question its cost effectiveness

“Resources currently allocated to routine TB testing for healthcare workers in North America could instead be used to increase access to prevention, treatment and testing infrastructure and support in communities that are at higher risk of developing TB disease such as homeless, foreign-born and indigenous people,” states Dr. Schwartzman. 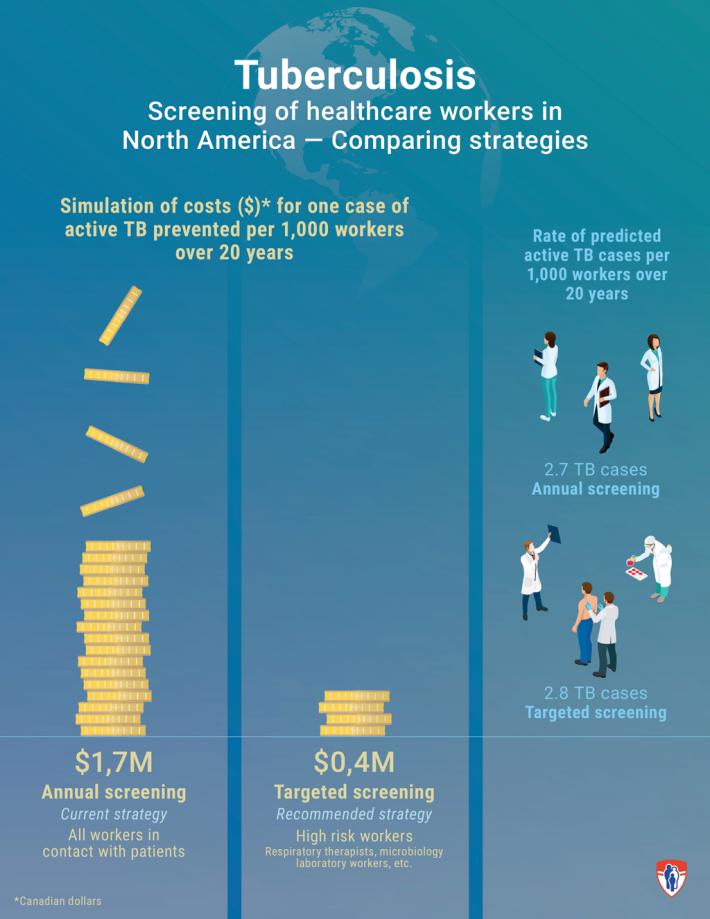 About the McGill International TB Centre

Our centre brings together over 20 investigators with expertise spanning epidemiology, policy setting, economic analyses, implementation research, meta-analyses, qualitative research to basic science in microbiology, host genetics and immune response. The work is done both at an academic centre and with a number of collaborating groups around the world. On these pages, we introduce the faculty members who are members of our centre and describe our training programs for students.  Find out why our Centre is a world leader in the interdisciplinary study of TB and how we work together to unravel the many mysteries of this recalcitrant disease. www.mcgill.ca/tb/