Improving the performance of rapid tests through clear instructions 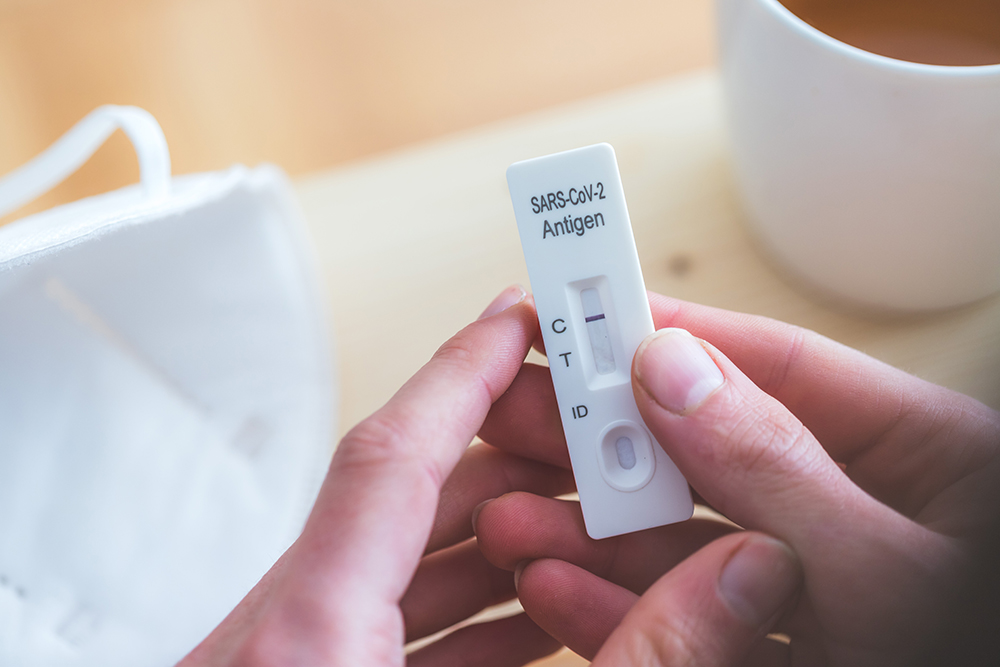 Researchers at the RI-MUHC investigate whether rapid antigenic detection tests for COVID-19 could be adequately used in the workplace.

Montreal, May 11, 2022—Two years into the pandemic, some of the health measures aimed at reducing the spread of SARS CoV-2, such as mandatory mask wearing in public places, are being withdrawn by authorities. In a context where many employers are inviting employees to return to the workplace, on-site mass screening using rapid detection tests could help prevent the transmission of COVID-19.

According to a new study conducted at 13 Montreal companies by researchers at the Research Institute of the McGill University Health Centre (RI-MUHC), rapid antigen detection tests can be adequately conducted as part of a mass workplace screening strategy. The scientists’ findings also indicate that providing education on the execution and interpretation of tests could optimize the performance of this strategy. Their results were published in JAMA Network Open on May 6, 2022.

“We observed that the accuracy of test result interpretation was proportional to the brightness of the test line appearing on the cartridge, and was very poor for tests with weak lines,” says Dr. Cédric Yansouni, lead author of the study, a scientist at the RI-MUHC, Associate Director of the JD MacLean Centre for Tropical Diseases, and Associate Professor in the McGill Department of Medicine. “Thanks to the modified quick reference guide we developed, the workers’ ability to interpret results improved significantly and reached a level of accuracy similar to that of professionals.”

“We investigated how well rapid tests were being used in the workplace—that is, whether they were being properly conducted and interpreted. We then evaluated whether a guide based on the main errors we observed could improve the situation,” says Dr. Jesse Papenburg, first author of the study, a scientist at the RI-MUHC and a pediatric infectious disease specialist and medical microbiologist at the Montreal Children’s Hospital of the MUHC. “For instance, in our guide we added clear, easy-to-understand text to the manufacturer’s provided pictograms, and highlighted key steps to follow in red and bold.”

A field study in a diverse environment

The study took place in companies where at least two active cases of COVID-19 had been recorded by Montreal Public Health. Study participants were employees of various socio-economic backgrounds and origins who agreed to be tested at their workplace. The workers were divided into two groups: the first group conducted at least one test using the manufacturer’s instructions, whereas the second group used the researchers’ modified instructions.

A team trained by the researchers visited each workplace twice a week over two weeks. On each visit, participants were shown the procedure to conduct nasal swabs and were given either the manufacturer’s instruction guide or the modified quick reference guide, with no additional detail. Participants were not obliged to take part at each visit.

On visits 1 and 3, the study personnel handled all steps of sample collection as well as the interpretation of results. On visits 2 and 4, participants were asked to conduct and interpret the test themselves. They also had to interpret the range of possible results by referring to a card displaying seven different result representations, printed in high-resolution colour. In total, 1892 tests were conducted on 647 participants, and 278 participants took part in at least one self-diagnostic visit.

By the second self-diagnostic visit, differences were not as pronounced but were still present for low positive, positive and invalid results. This time, however, using the modified reference guide did not correlate with improved execution of the test steps.

At the time of the study, rapid tests had not been approved by Health Canada for self-use by untrained individuals. They have since become the primary method for detecting COVID-19 in Canada and in many other countries. Several products similar to the test used in the study (the Panbio test from Abbott Laboratories) are now readily available. The authors of the study point out that routine rapid testing in certain settings could help break the chains of transmission and decrease the prevalence of the virus, or else assist personal decision-making to minimize the risk of infecting others.

This work was funded by grants from the Québec Ministry of Health and Social Services and the Trottier Family Foundation.