How exactly does a normal cell become a tumour? This is what a team of researchers from the Research Institute of the McGill University Health Centre (RI-MUHC) in Montreal, the Rockefeller University and Columbia University Irving Medical Center in New York, have investigated in a recent study, using high throughput sequencing methods, which are genomic technologies used to process very large amount of data. They identified a new mechanistic relationship between epigenetic modifications of histones (a molecular component present in every nucleosome of every cell) and DNA. Their findings, published in Nature in September 2019, could help identify targets in the development of precision drugs designed to treat head and neck cancers, as well as genetic diseases such as Sotos and Tatton Brown-Rahamn Syndromes.

In their study, The histone mark H3K36me2 recruits DNMT3A and shapes the intergenic DNA methylation landscape, researchers showed how an epigenetic modification, called H3K36me2 (dimethylation of histone 3 at lysine 36), recruits the enzyme DNMT3A (DNA Methyltransferase 3A) which, once it recognizes the modification, methylates the DNA. Methylation is a chemical modification that cells use to modify the properties of nucleic acids and proteins.

“There are normal methylation patterns in every cell. When those methylation patterns are disturbed, cells can become cancerous,” explains Dr. Jacek Majewski, investigator in the Child Health and Human Development Program at the RI-MUHC. “Those epigenetic abnormalities are the results of genetic mutations that cause tumours, and we are trying to study in fine detail where in the cell - in the genome - those epigenetic changes occur.”

The researchers previously found that in a subtype of head and neck cancers, the enzyme NSD1, which is responsible for placing the H3K36me2 histone modification, is missing. Without this enzyme, the modification H3K36me2 is greatly reduced. In the current study, they show that the enzyme DNMT3A in the absence of H3K36me2 cannot properly methylate the DNA. 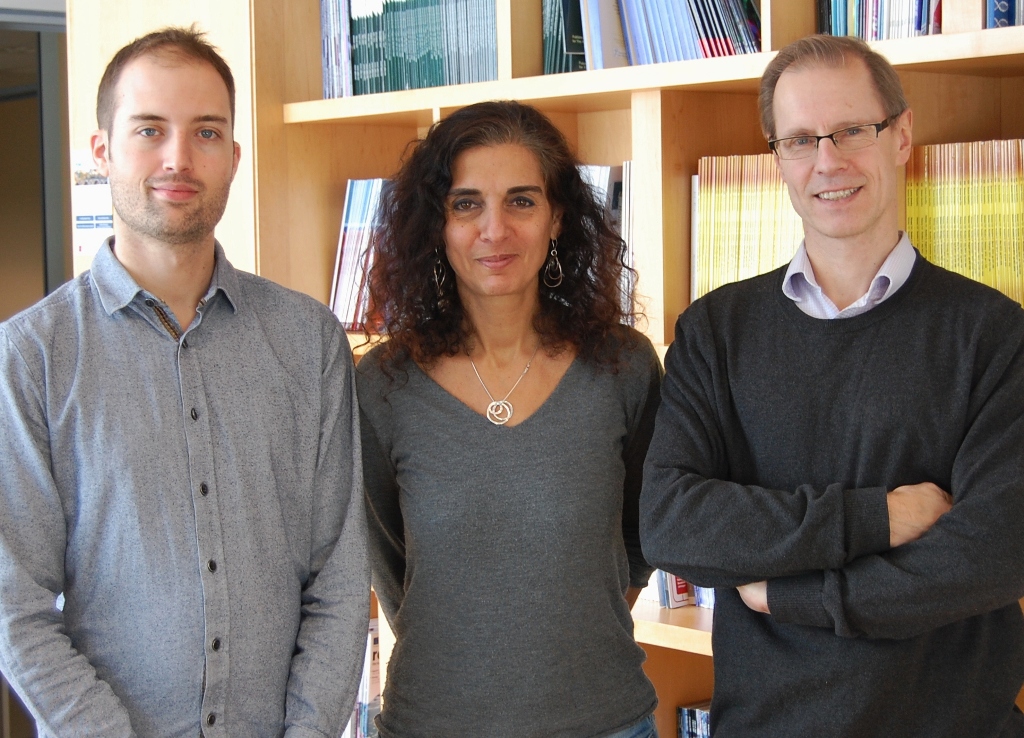 “Clarifying what happens between point A and point Z, between mutation and cancer, could help us find out where to intervene in this molecular cascade to either fix or stop the process,” says Dr. Simon Papillon-Cavanagh, who along with Daniel Weinberg is the co-first author of the study.

The power of next generation sequencing

To study this molecular progression from normal to tumour, the researchers used CRISPR mutagenesis (genome editing) in cell culture, followed by next generation sequencing-based assays to study the genome, epigenome and transcriptome. Since those assays produce massive amounts of data, they needed to strongly rely on high-performance computers and big data algorithms to analyze the results.

“Our initial studies consisted of sequencing the DNA using these high throughput approaches and identifying the mutations,” adds Dr. Majewski, who is also associate professor in the Department of Human Genetics at McGill University’s Faculty of Medicine. “Now, we use very similar approaches to dissect the downstream mechanism through which these mutations operate.”

“With these techniques, we go through three billion positions on the DNA, and with some knowledge of biology and appropriate algorithms, we first find the specific nucleotide out of three billion that is incorrect. Later we investigate histone and DNA modification patterns, and finally the RNA, and we try to understand why the patient who has a particular enzyme deficiency is sick.”

A step towards precision medicine

Understanding these molecular mechanisms is important, because it opens the door to personalized medicine.

“The problem we have today is that there are very few drugs that specifically target those mutations,” says Dr. Papillon-Cavanagh. “So, in order for precision medicine to translate into therapies, we really need to understand the molecular mechanism through which mutations act.”

“I was always more of a basic scientist,” says Dr. Majewski. “I just wanted to solve puzzles, but it is both fascinating and gratifying to be working on something that, I believe, will lead to progress, and ultimately, to controlling cancer”.

This study was made possible by close collaboration among researchers from several institutions, co-led by teams from Columbia and Rockefeller Universities, in New York, and the RI-MUHC and McGill University, in Montreal. Much of modern biomedical research relies on harnessing complementary expertise and work in interdisciplinary teams. The original discovery of histone mutations as important oncogenic factors came from Dr. Nada Jabado’s lab at the RI-MUHC. This discovery attracted the interest of chromatin biology experts from Dr. David Allis’s team in New York, including Dr. Chao Lu, who now has his own independent lab at Columbia University. Dr. Majewski is a “genomicist”, who specializes in using computational approaches to analyze large amounts of data and solve biological problems. The entire group works closely together and has produced several breakthroughs in the field of cancer epigenetics.

Waking up to life

Continuing the fight against brain cancer

More than $604,000 Raised for the Fight Against Brain Tumours