Waking up to life

When Santino Matrundola, a young photographer from Montreal, was assigned to immortalize one of the most important days in his clients’ life: their engagement party. Although his migraine had become intolerable, he knew nothing could go wrong that day; he needed to capture the moment and he was prepared for it.

Santino had already gone to the doctor a month before to treat his headaches. The diagnosis was a sinus infection. He was sent home with antibiotics and was told everything would go away in a matter of weeks. Although he was waiting for a follow-up appointment with an otolaryngologist (ears, nose, throat specialist), he was confident his headaches would soon disappear. 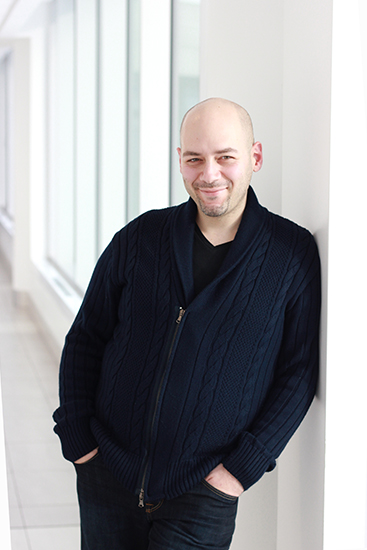 I will never forget the doctor’s face when he told me I needed to undergo surgery or I would go blind. I knew things needed to move extremely fast and I didn’t have time to react. — Santino Matrundola

Santino had already gone to the doctor a month before to treat his headaches. The diagnosis was a sinus infection. He was sent home with antibiotics and was told everything would go away in a matter of weeks. Although he was waiting for a follow-up appointment with an otolaryngologist (ears, nose, throat specialist), he was confident his headaches would soon disappear.

Santino was in between photographs when, suddenly, one of his eyes lost its sight momentarily. “Everything went black,” Santino recalls. “I went home in shock and told my parents something was not right.”

That same night, Santino gathered all his test results and went to the Emergency Department at the Montreal General Hospital of the McGill University Health Centre (MUHC). In a matter of hours, he learned that his migraines were not caused by a simple sinus infection, but were the result of a tumour in the pituitary gland. The tumour was so invasive that it was pressing on nearby brain tissue, causing him headaches and impairing his vision.

“I will never forget the doctor’s face when he told me I needed to undergo surgery or I would go blind,” Santino explains. “I could feel a sense of urgency. I knew things needed to move extremely fast and I didn’t have time to react.” 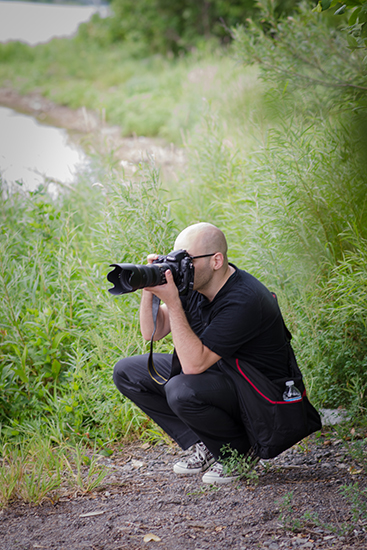 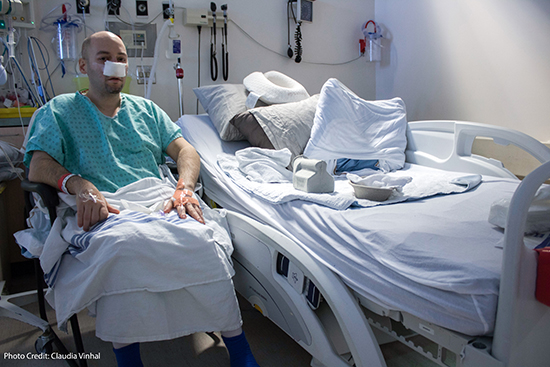 In a matter of 48 hours, Santino found himself in the operating room at the Montreal Neurological Hospital of the MUHC (The Neuro). Dr. Denis Sirhan, neurosurgeon and director of Cerebrovascular and Skullbase Surgery at The Neuro, was familiar with this type of procedure. His plan was simple: remove as much of the tumour as possible and minimize its impact on the patient.

“The most important thing for me was to help this young man keep his sight,” says Dr. Sirhan. “I operate on these tumours on a regular basis, but I took into account the fact that he was a photographer. I wanted to make sure this tumour would no longer press on the optic nerve or any adjacent brain structures.”

The surgery was a success, but because some pituitary gland tumours can cause hormonal imbalance, blood and pathology tests were required after the operation. The results came in a few weeks later: Santino was suffering from a rare condition called acromegaly.

Acromegaly is a hormonal disorder that is developed when the pituitary gland, which is located at the base of the brain, produces an excessive amount of growth hormone.

When children are affected, the condition is called gigantism. However, when it comes to adults, symptoms can range from an enlargement of the organs and bones, disfiguration, headaches, fatigue, arthritis, vision loss, and ultimately to more life-threatening conditions.

Acromegaly is so rare that it can go up to 10 years undiagnosed. That’s exactly what happened to Santino, after eight long years of showing the subtle signs of this illness; he was finally able to get answers.

Dr. Juan Rivera, endocrinologist and director of the Endocrine Tumour Fellowship at the MUHC, took charge of the case. Because Santino had already undergone surgery, Dr. Rivera’s main goal was to start treatment to lower the excessive amount of growth hormone produced by the remaining of the tumor. “Although acromegaly is a very complex condition, it is possible to manage it,” explains Dr. Rivera. “That’s exactly what we’re doing here. By choosing the right medication and approach, we are able to stabilize the hormonal imbalance. However, this takes some time, there are no short-cut fixes to the problem.”

Since the MUHC is a centre of reference in Quebec for metabolic and endocrine complex cases, Dr. Rivera and his team have developed specific guidelines in order to diagnose and treat the condition. According to Dr. Rivera, the MUHC sees around 260 patients with acromegaly per year. In Quebec alone, around 600 people are affected by the illness and around 30 new patients are diagnosed annually.

“Because of the different consequences acromegaly can have on a patient, doctors from across Canada have been working really hard at creating awareness among physicians in order to encourage early diagnosis of the disease,” says Dr. Rivera. 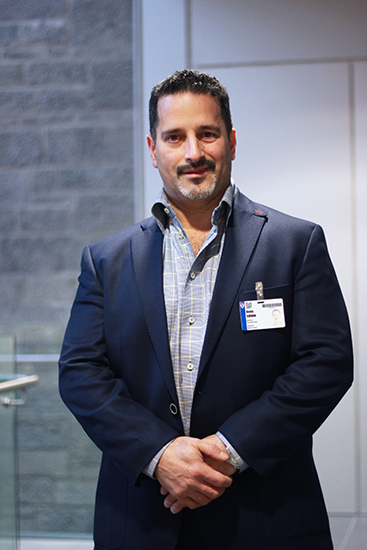 Our goal is not to beat records, our role is to help a person get better. — Dr. Denis Sirha

Second surgery and a new beginning

When two years passed by, while Santino was adapting to the medication, the tumour started growing again. “You try to be as clear, transparent and efficient with the patient as possible,” says Dr. Sirhan, who performed a second surgery in October of 2016. “Our goal is not to beat records, our role is to help a person get better; that’s why we didn’t hesitate to operate the minute we found out the tumour was back.”

Today, at 37 years old, Santino is looking forward to a future where he can be himself again. Although he is not happy to have acromegaly, he says he is grateful for the lessons it has taught him. “I felt like I was sleeping for 32 years of my life,” says Santino with emotion. “The day I woke up from my first surgery is the day I started living again. I realize life is precious and it can end in a second.”

Acromegaly may produce the following signs and symptoms, which can vary from one person to another:

When to see a doctor:

If you have signs and symptoms associated with acromegaly, contact your doctor for an evaluation.