At 16, he was revolted by the injustices he saw in his native Honduras and wanted to change the world. Today, Pedro Mejia is a social worker with the Chronic Viral Illness Service of the McGill University Health Centre (MUHC) and is organizing a transfer of knowledge trip to Honduras for the second time. This is the second humanitarian project he has developed with his colleagues at the MUHC. 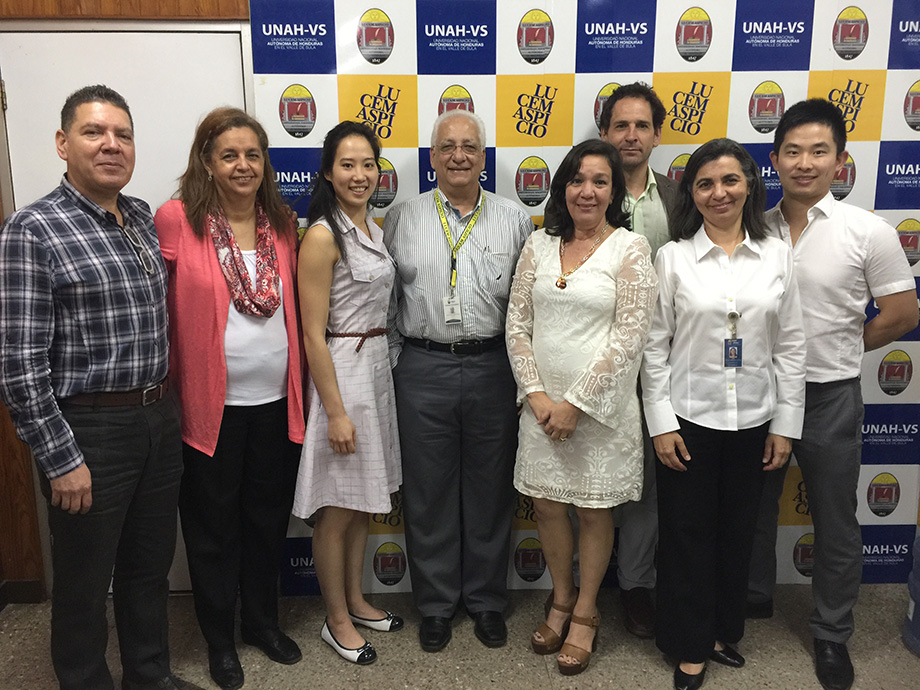 The idea of helping Honduras sprang up in Pedro’s mind during a trip he made ther e with his Quebec friends in December 2002. “We visited a hospital and found that the healthcare needs were huge,” says Pedro. “We decided to do something once we got back home.”

“With my friends and the co-operation of several colleagues at the MUHC, we began to gather materials that no longer met Canadian standards,” he says. “What was headed to the garbage, was packed up and sent to Honduras.”

Between 2003 and 2009, Pedro and his comrades made several shipments. At the very beginning, a sponsor paid for sending 120 boxes. Then, for several years, the company Gildan Activewear handled the deliveries, free of charge.

“Organizing all this was difficult,” he says, adding that he wants to offer more sustainable assistance. He did recently take advantage of the closure of the former Royal Victoria Hospital in 2015 to recover old beds and 450 boxes of equipment.

“Once there, the beds were refurbished and are absolutely unrecognizable now,” he says.

Pedro thought about transferring expertise when he spoke to his colleague, MUHC pharmacist Alison Wong.

“In Honduras, people cannot afford to attend a learning conference; it’s not within their reach,” he explains, “We thought we could offer what is most valuable: our knowledge. The idea is to offer training that can be passed along.”

Alison quickly agreed to embark on the project, along with Dr. Jason Szabo, a treating physician in the MUHC Chronic Viral Illness Service. From then on, Pedro activated a network of contacts in Honduras, including an HIV specialist, university professors and health managers.

The project took shape and the trio left in the winter of 2017. In all, three conferences were held: two in San Pedro Sulla, the economic capital of the country, and one in the small town of El Progreso, Pedro’s home town.

“The organizing committee offered us a hotel, meals and transportation in the two cities. We paid for the plane tickets, which we got at a low price,” says Pedro.

The first conference was held at the Universidad Nacional Autonoma de Honduras Valle de Sula Campus and welcomed more than 400 students in pharmacy, medicine and nursing. The other two were held in hospitals.

“Clinical cases were discussed and the attendees have greatly appreciated them. We have found that we face the same healthcare problems here as they do there, even if we have more means to face them,” Pedro emphasizes.

“It’s impressive to see what they can do despite the lack of resources,” says Dr. Szabo, who greatly appreciated the contact with the students.

“They are less accustomed to interdisciplinarity and they liked to see a young health professional, like myself, also be involved in the medical team,” says Alison.

Because the experiment was a success, Pedro is working to organize another trip following the same formula. However, he would like to offer training and have it endorsed and credited by the local professional associations.

Some MUHC physicians have already expressed interest in participating in the trip, which is expected to take place in February 2018.

Notice to interested parties: Pedro hopes to recruit other professionals including nurses, nutritionists, social workers, psychologists and others. You are all welcome!

The Journey of a Benefactor

Born in Honduras into a well-to-do family, Pedro Mejia noticed great inequalities even as a child, which awakened a desire to help. “Where I come from, the poor have nothing and the rich have everything,” he says.

At 16, he settled in Mexico with his family, studied medicine and worked four years as a physician before moving to Montreal. “Once here, I had to reorient my career because my degree was not recognized. It was very hard,” he says.

Pedro thad to start over. He took care of his family, built friendships, took a course in social work, then a master's degree in clinical ethics, and another in health services administration. At the same time, he worked at the Hôtel Dieu AIDS research unit, and then spent ten years at the Neuro in the brain tumour program. He then became coordinator of the Palliative Care Program at the Jewish General Hospital before obtaining his current position in the Chronic Viral Illness Service of the MUHC in 2011.

Today, he feels good and claims to have found what he was looking for. “Over time,” he says, “I realized that the most important thing for me was to do good, towards anyone, regardless of origin, colour or social status.”

On the will to help

“Helping… it gives meaning to my life, and it gives me the feeling of alleviating the pain of others. I think that we are all citizens of the world and that the only way to make a better world is to help each other.”

“Why Honduras? Because it's a country I love, that's where I was born. Because it is a poor country and because it is a way of saying I live in wealth but I will never forget what I saw in the world. ”

An amazing experience in Haiti

Teaching abroad: an enriching experience from all points of view