Montreal, Quebec—If you’re pondering whether to buy a Galaxy smartphone or an iPhone this holiday season, a part of the brain called the dorsomedial prefrontal cortex (PFC) might ultimately determine your choice. Results of a new study by Avinash Vaidya and Dr. Lesley Fellows, researchers at the Montreal Neurological Institute and Hospital (The Neuro), suggest that this region of the brain plays a critical role in making choices. 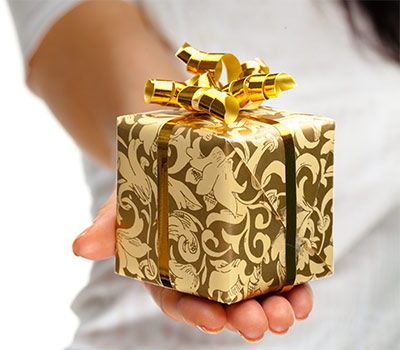 “A big question is how and where value information is represented in the brain, and what goes into that representation,” says Dr. Fellows, a neurologist and researcher in the burgeoning field of decision neuroscience. “Our research confirmed what savvy marketers already know: the longer you look at one of two objects, the more likely you’ll choose that object even if you initially valued the other one more. But we went further and identified a region of the frontal lobe that is crucially involved in this phenomenon.”

The study involved 60 participants, half of whom had suffered localized injury to the frontal lobes due to a stroke or tumour.

Participants viewed hundreds of different pieces of art and rated their desire for each of them. This provided an estimate of the subjective value that each piece held. In a later test, the participants chose between pairs of these artworks. Participants were inclined to select the artwork that they examined longer even if in the earlier test they gave a higher value rating to the other object. Participants behaved as though the value of an option increased the longer it was observed.

Participants with damage to a particular sector of the frontal lobe, the dorsomedial PFC, showed an exaggerated tendency to be drawn to the object at hand. The study shows that the dorsomedial PFC plays a critical role in mediating the balance between prior value assessment and an object’s immediate appeal.

The significance of the dorsomedial PFC came as a surprise because of its relative neglect in the decision neuroscience literature.

“Much work on value-based decision-making has focussed rather on the ventral-frontal and orbitofrontal cortex,” says Dr. Fellows. “Our findings suggest that, in the healthy brain, the dorsomedial PFC is also important in decision-making, helping to recall the value of objects that are not directly in view so that you can keep your options open.”

This research adds to studies showing that by manipulating the length of time that a viewer observes a product, the viewer’s value assessment can change without the viewer necessarily being aware of this effect.

“We’re trying to decompose the different aspects of decision-making. People have this idea that their preferences and value judgments are consistent and rational but, in fact, we’re heavily influenced by factors that are not apparent to us.”

The research was published on December 14 in the scientific journal, Nature Communications.

The Montreal Neurological Institute and Hospital – The Neuro is a world-leading destination for brain research and advanced patient care. Since its founding in 1934 by renowned neurosurgeon Dr. Wilder Penfield, The Neuro has grown to be the largest specialized neuroscience research and clinical centre in Canada, and one of the largest in the world. The seamless integration of research, patient care, and training of the world’s top minds make The Neuro uniquely positioned to have a significant impact on the understanding and treatment of nervous system disorders. The Montreal Neurological Institute is a McGill University research and teaching institute. The Montreal Neurological Hospital is part of the Neuroscience Mission of the McGill University Health Centre. For more information, please visit www.theneuro.ca