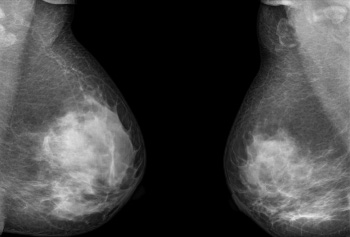 A Quebec research team played a key role in an international study led by the University of Toronto and Pomeranian Medical University in Poland that identified a new breast cancer gene. The study, which was published online today in Nature Genetics, describes how mutations in a gene called RECQL are strongly linked to the onset of breast cancer in two populations of Polish and French-Canadian women. This discovery could have future implications in preventing the development of breast cancer in some families.

“Our work is an exciting step in identifying all of the relevant genes that are associated with inherited breast cancer,” says lead author Dr. Mohammad Akbari, who is a researcher at the Women’s College Hospital (WCH) and an assistant professor with the Dalla Lana School of Public Health at the University of Toronto. 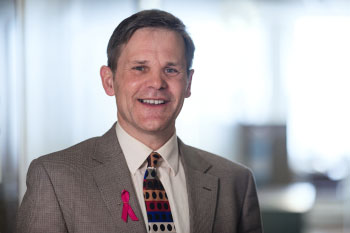 “This discovery adds another piece to the puzzle and will have important implications for those families who are found to carry mutations in this gene. We will be able, in the future, to give other families an explanation for why their cancer occurred,” explains study coauthor Dr. William Foulkes, a cancer geneticist and researcher at the Research Institute of the McGill University Health Centre (RI-MUHC) and at the Jewish General Hospital (JGH), who is also a James McGill Professor of Medicine, Human Genetics and Oncology at McGill University.

In this study, about 20,000 different genes were studied, among 195 breast cancer patients with strong family histories of breast cancer who did not have a mutation in BRCA1 or BRCA2. The patients came from two populations — a Polish group and a French-Canadian group — who are genetically homogenous.

A collaborative team of Quebec-based researchers from the Lady Davis Institute at the JGH, McGill University and Génome Québec Innovation Centre and Université Laval, led by Dr. Foulkes, provided important data from the French-Canadian group.

Together with Professsor Jan Lubinski from Poland and Dr. Akbari from WCH, the combined team of researchers confirmed the association of the identified gene, RECQL, with breast cancer by studying 25,000 more patients and unaffected people from these two populations.

"This work underscores one time again that the challenge of identifying new genetic components of disease calls for very large-scale studies involving many teams," explains Professor François Rousseau, professor in the Department of Molecular Biology, Medical Biochemistry and Pathology at the Faculty of Medicine, Université Laval, and coauthor on the study.

Though RECQL mutations appeared to be quite rare, the authors estimate that up to one-half of women who have a mutation are destined to get breast cancer.  They expect that women from other countries will be studied shortly.

Researchers support the value of screening all women with breast cancer for genetic mutations, such as those occurring in RECQL. In the future, it is hoped that based on a woman’s genetic profile, appropriate targeted therapies could be selected.

Searching for the “signature” causes of BRCAness in breast cancer