In 2017, the Society of Gynecologic Oncology of Canada issued new recommendations for genetic testing of women diagnosed with High Grade Serous Ovarian cancer (HGSOC) – the most common type of ovarian cancer cases and the one with the lowest survival rates. No woman left behind was their call to action. 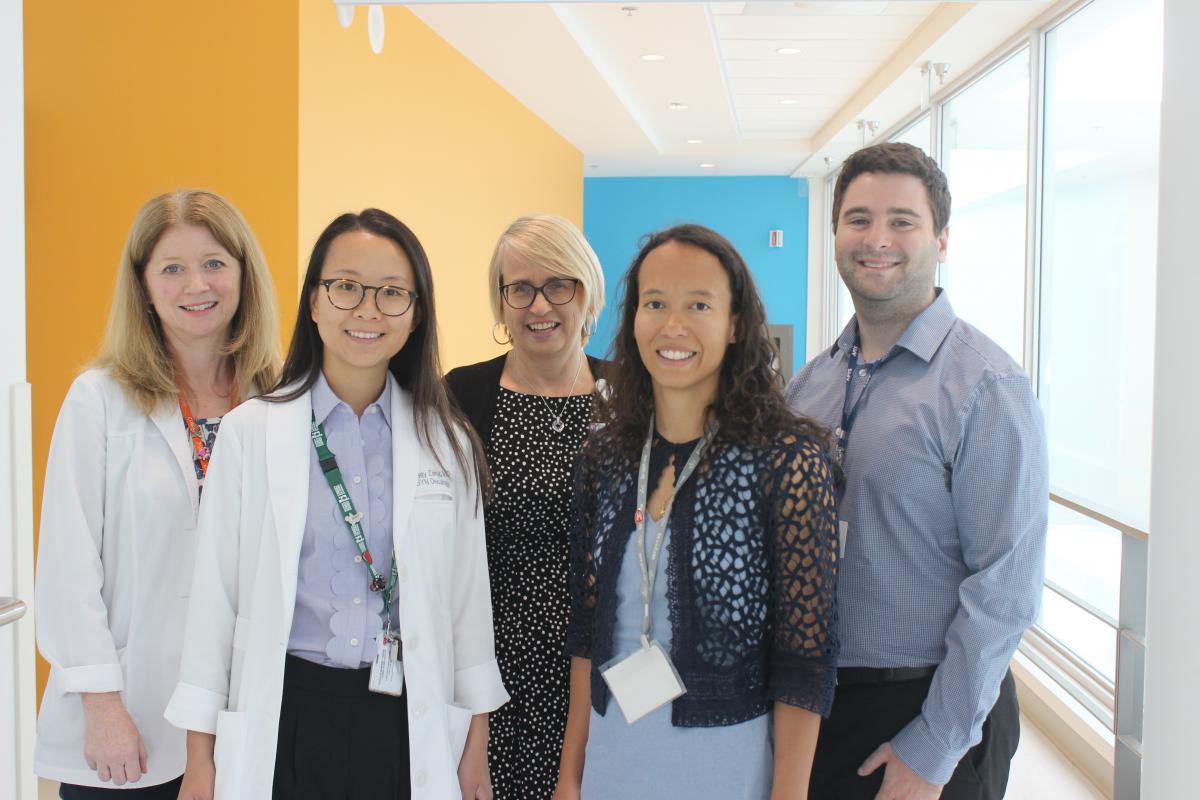 That meant that all women with HGSOC should be offered prompt genetic testing. At the time, staff of the Medical Genetics service of the McGill University Health Centre (MUHC) were already racking their brains to find ways to offer these patients faster access to genetic testing as well as timely and comprehensive counselling in case of a positive result.

“Waiting times were a problem,” says genetic counsellor Laurence Baret. “Doctors would see patients, discuss treatments and only then refer them for genetic consultation in the Cancer Genetics service. Urgent cases could be seen within weeks, but other patients could end up waiting a year or more. That was not good enough.”

The urgency is understandable. A positive result means the woman is a carrier of a BRCA1 or BRCA2 mutation. BRCA genes control the way cells grow in certain tissues of the body. The mutation results in an increased risk of ovarian and breast cancer and has implications for both the patient – as some treatments would work better for this hereditary type of cancer – and for her family members, both male and female.

“Daughters and sisters and other female family members who receive positive results can take steps to reduce their own risk of ovarian or breast cancer,” explains genetic counsellor Evan Weber. “But even men can carry these mutations and transmit them to their daughters. Furthermore, some mutations are associated with cancers that can affect men, such as prostate or pancreatic cancer.”

Inspired by programs in other parts of Canada and using a bit of creativity themselves, Laurence and Evan developed a new system to speed up genetic testing for ovarian cancer patients. They teamed up with Joanne Power, clinical nurse specialist in Gynecologic-Oncology, who facilitated the collaboration between the two teams (see “Laurence, Evan and Joanne’s tip for a successful multidisciplinary project”). Previously, all patients with HGSOC were seen in Medical Genetics for a pretest counselling appointment, which could take as much as an hour. Under the new model: 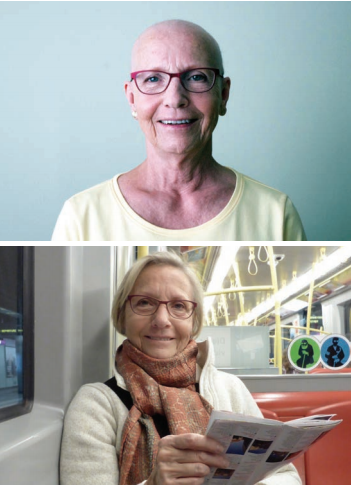 Johanna Echlin, who is undergoing treatment for ovarian cancer at the MUHC, was one of the patients who went through the process. “Soon after my diagnosis, my oncologist told me about the test, and I was happy that it was simple and convenient, as it would be done at the MUHC,” she says. “My sisters, nieces and grandnieces, on the other hand, were very anxious to know the results. Fortunately, I don’t carry the mutation. It was a big relief for everyone in the family.”

Around 40 patients have benefited from the new system so far, and 30 of those had negative results. This has freed up time for genetic counsellors to meet with patients whose results are positive.

“We explain what implications the result can have for them and for their relatives, who become eligible for genetic testing and counselling at the MUHC,” says Laurence. “We can’t change the fact that our patients have ovarian cancer, but through genetic testing, we can help family members detect or avoid early cancers, and that means a lot to them.”

For gynecologist-oncologist Dr. Ziggy Zeng, one of the three physicians who oversee genetic testing of patients at the MUHC Oncology clinic, a faster diagnosis has important treatment implications.

“Patients with mutations in the BRCA gene have increasing access to a new class of medication called PARP Inhibitors. When genetic testing is done soon after diagnosis, patients can have quicker access to the most appropriate treatment.”

Laurence, Evan and Joanne’s tip for a successful multidisciplinary project

This can be achieved by having a contact person who serves as a bridge between two teams. Instead of organizing meetings, Joanne Power wrote many emails and made many phone calls to get everybody on the same page. “It’s easier than having to schedule meetings for everyone to come together,” she says.

Both teams hope this model of an interdisciplinary project can be used by other teams who want to reduce wait lists in the future.

“We’re approaching the one-year mark, and it’s been a win-win-win situation,” concludes Evan. “Patients have faster access to testing, genetics counsellors have more time to deal with complex cases and oncologists can provide faster quality care. This project has been absolutely fantastic.”

The Genetics Department of the MUHC

Genetics is an allied health profession that has grown tremendously over time and now covers all areas of medicine, from rare genetic conditions and chromosome abnormalities to cardiac or neurological concerns. At the MUHC, a diverse team works with patients from all ages, from prenatal life to adulthood, to diagnose, treat and prevent congenital and hereditary disorders.

“Our department receives many referrals, but it only sees between three and seven patients per day. Diagnosis requires extensive investigation, and counselling of patients and family members takes time,” says Lola Cartier, Clinical Manager of the Medical Genetics service