Montreal – Researchers have identified the genetic mutation responsible for one patient's serious health problems, finally solving a medical mystery that has endured for over 30 years. Thanks to this discovery, the researcher developed a therapy that could also help a lot of people who have problems related to the immune system, whether they are genetic or due to a transplant or an illness.

“In the laboratory, we demonstrated that a molecule called Morpholino Antisense Oligonucleotide could correct this kind of genetic anomaly and allow the patient's immune system to function properly," explains Dr. Donald Vinh, a researcher at the Research Institute of the McGill University Health Centre (RI-MUHC) and the principal author of the study published in the Journal of Allergy and Clinical Immunology. 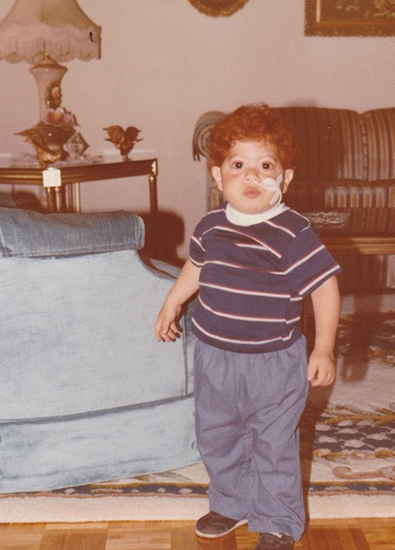 "As a child, I often had to miss school and it was difficult to make friends. I was often mad. It is hard not knowing why you are sick, "says Steven Francis

Steven Francis, the MUHC patient at the centre of this discovery, has dealt with significant health issues his whole life. Followed at the MUHC since childhood, he has faced sinus infections, fungal infections, inflammations of the colon, shingles, respiratory problems, renal issues, and impeded growth, throughout all of which doctors were unable to discover an underlying cause; they suspected that it was genetic, but were unable to prove it. His family went so far as to consult specialists in the United States without success.

The tide finally turned in his favour when Dr. Vinh examined his case in 2012. "When this patient was referred to me, I went over his entire file in detail, covering some 30 years and literally filling two large cardboard boxes. I also looked at his family history. Since the 1980s, many new immune deficiencies have been identified, and I was able to apply the knowledge from these advances to solve the case," he explains.

Dr. Vinh discovered that Steven had a mutation on a gene that is critical for the proper function of the immune system, called ZAP70. It serves to synthesize a protein of the same name that helps activate our T cells. Without the ZAP70 protein, the body can't defend itself effectively against most infections.

"A mutation on this gene is known to be fatal, and the only treatment available up until now has been a bone marrow transplant that must take place before the age of five. With this new discovery, we have found out that genetic mutations of this kind are also found in adults, which could lead to tremendous advances in research. Solving this mystery has opened a new door into the way that the scientific community will look at immune system deficiencies," says Dr. Vinh. The discovery is all the more remarkable considering this gene cannot be studied in mice.

Steven is now 35 years old. In his case, Dr. Vinh and his team now understand exactly where to find the mutation and how it behaves. His specific mutation subtly affects the slicing of the gene and doesn't affect the amino acid sequence that synthesizes the ZAP70 protein. Inspired by a little known treatment used in cases of hypercholesterolemia, Dr. Vinh successfully developed a molecule that exclusively blocks the mutation while allowing the protein to be synthesized.

In the process of helping Steven, the researchers have shown in their laboratory that it is possible to create a molecular therapy that might improve the human immune system.

For Dr. Vinh, the battle is still only half won: while all the pieces of the puzzle might be found, they haven't yet been fully put together. "There are definitely more steps to take before we can test this treatment. For one thing, we have to convince the industry to support us. When Steven can finally get the benefit of the treatment, I'll be able to count this as a victory."

Dr. Vinh: on the genetics trail 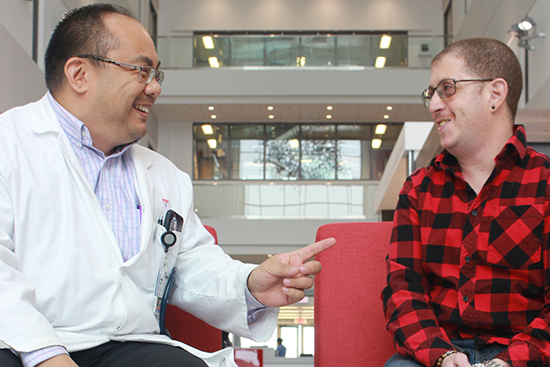 Dr. Donald Vinh, a researcher at the RI-MUHC and Steven Francis
"Finally knowing makes me super happy and excited. Can’t wait to see what will come next," says Steven Francis

Dr. Vinh studies genetic defects of the immune system. He seeks to understand why the genetic make-up of certain individuals leaves them more vulnerable to rare, severe or recurrent infections.

In his clinic and in his laboratory, he receives patients with complicated health problems that seem to be linked to their immune system. He treats what are called rare and orphan diseases affecting less than 1 person in 2000.

Dr. Vinh knows that there are people like Steven all across Canada – they are getting sick but nobody knows why. His team is specialized in finding answers for complicated cases and more importantly, finding new solutions. It doesn’t matter if you are in Montreal, Halifax or northern Québec – he wants people to know they are here for them. Patients are referred to him from all of Eastern Canada.

Dr. Vinh is sometimes compared to Dr. Gregory House of the popular television series. Like House, Dr. Vinh has a reputation across the country for his interest in the most atypical medical conditions within his field of practice. “I may have a few things in common with him, but I’d like to think people find me a nicer person than he is!” he jokes.