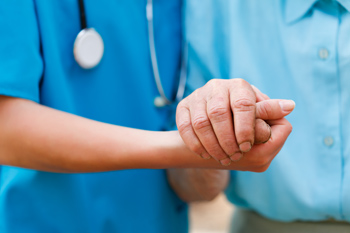 Some Parkinson’s patients at The Neuro could begin receiving an experimental drug treatment. The treatment, which has been shown effective in Europe over the past decade, involves a controlled injection of Duodopa into the small intestine by means of a pump. Duodopa is a combination of levodopa, which the body turns into dopamine, and carbidopa, which helps to guide levodopa to the brain. Parkinson’s disease symptoms are linked to dopamine levels.

A continuous dose of Duodopa helps patients to avoid fluctuations in their symptoms that arise when drugs are taken orally at various intervals. Another advantage is that it eliminates having to take oral doses several times a day, which can be uncomfortable for patients who have difficulty swallowing. Only patients who are in good health and have had no major stomach surgery will qualify for the treatment. For patients who are referred for treatment by a neurologist, Quebec’s health ministry will reimburse the costs. Only neurologists specially trained in Duodopa treatment will be allowed to administer the drug.

Using patients’ own cells to accelerate research into Parkinson’s disease

A patient’s very own skin cells may hold the key to new treatments and even cures for devastating neurological diseases. A generous $1 million donation from Mr. J. Sebastian van Berkom, and critical partnerships with Brain Canada, Laval University, Marigold Foundation and the FRQS-Réseau Parkinson Quebec are driving an innovative, iPSC (induced pluripotent stem cell) research platform that will transform research into Parkinson’s and other neurological diseases.

Patients’ skin cells will be reprogrammed into induced pluripotent stem cells (iPSCs) at Laval University, under the leadership of Dr Jack Puymirat, and then differentiated at The Neuro into disease relevant cells for research. For example, in the case of Parkinson’s this could be dopamine neurons. The cells can also be genome-edited, a state-of-the-art technique that can introduce or correct disease associated mutations – creating the most accurate disease models. These iPSCs will be made widely and openly available to researchers across Quebec for neuroscience research. This open-access approach exponentially increases the likelihood of breakthroughs in neurological disease.

“The unique and exciting aspect of this platform is that we are creating the most specific cells for studying disease using the patient’s own tissue, which has distinct advantages over using generic cells or animal models,” says Dr. Edward Fon, neurologist and co-Director of the Quebec iPSC platform. “The initial targets in the platform will be ALS and Parkinson’s disease (PD), using dopamine neurons for PD and both motor neurons and astrocytes for ALS.”

What is Parkinson’s Disease?

Parkinson’s disease is a neurological condition related to the death of specific brain cells that produce dopamine, a chemical needed for brain cells to control muscular movement. In Parkinson’s disease, dopamine-producing cells stop functioning for reasons still unknown. There is currently no cure, but some drugs and clinical treatments can help control or minimize symptoms which include: uncontrollable tremors, slowness of movement, stiffness or rigidity, and loss of balance. Parkinson’s disease affects many non-dopaminergic areas of the brain as well. These areas are responsible for symptoms during early stages of the disease such as problems with sleep, constipation, blood pressure, sweating, depression, anxiety, as well as symptoms that cause disability in later stages. Symptoms can appear in people in their thirties and forties, but more commonly appear around the age of 60.

Parkinson’s experts at The Neuro:

Dr. Edward Fon is a neurologist and researcher who specializes in movement disorders. He is the Director of McGill’s Parkinson Program and the FRSQ Quebec Parkinson Network. He is also Director of Clinical and Translational Research at The Neuro. His research focuses on the molecular events leading to the neuronal degeneration in Parkinson's disease. He is particularly interested in the function and cell biology of Parkinson disease genes. Dr. Fon is Chair of the Scientific Advisory Board, Parkinson Society Canada.

Dr. Anne-Louise Lafontaine, neurologist. As Director of the Movement Disorders Clinic, Dr. Lafontaine is responsible for the interdisciplinary clinic. She was instrumental in developing a rapid-access clinic for newly diagnosed Parkinson's disease patients based on the Navigator model, a system that puts patients in contact with nurses and physicians with minimal delay. She is also involved in clinical research trials for Parkinson’s disease.

Dr. Lesley Fellows, neurologist. Dr. Fellows studies complex human behaviour using techniques developed by cognitive neuroscience. She is examining how Parkinson’s disease affects impulsive behaviour, learning, and attention span. Dr. Fellows is seeking to determine whether behavioural changes are due to the disease or to the medications used to treat the disease. She is contributing to a new project at The Neuro that aims to streamline how mood, motivation and cognition are assessed in the clinic so as to set the stage for personalized interventions targeting these still poorly understood, quality-of-life-limiting aspects of Parkinson’s disease.

Dr. Louis Collins, brain-imaging specialist. Dr. Collins employs computerized image-processing methods using magnetic resonance imaging to identify brain structures non-invasively. His techniques are essential in image-guided neurosurgical treatments of Parkinson's disease. Dr. Collins and his team have developed computerized tools and atlases that neurosurgeons use to plan and execute minimally invasive neurosurgical procedures. These techniques enable better visualization of the surgical target and permit more accurate placement of deep brain electrodes that are used to stimulate certain areas of the brain for customized treatment of the symptoms in Parkinson's disease.

Dr. Ron Postuma, neurologist. Dr. Postuma studies non-motor manifestations of Parkinson's disease, particularly sleep disorders. He is testing how to predict Parkinson's disease, particularly by studying patients with REM sleep behaviour disorder, which is a major risk factor for the disease. He is also looking for ways to improve detection and treatment of non-motor problems, including clinical trials for treatments of sleepiness and insomnia. He has ongoing studies for dance therapy in Parkinson's disease cases, and is initiating a large-scale study of caffeine for treatment of the disease.

Dr. Abbas Sadikot, neurosurgeon. Dr. Sadikot is a specialist in the surgical implantation of Deep Brain Stimulators (DBS) in patients with Parkinson’s disease. The surgery involves inserting a tiny device into a patient’s brain which emits electrical pulses to the surrounding part of the brain, relieving the tremors and rigidity caused by Parkinson’s disease.

The Montreal Neurological Institute and Hospital — The Neuro, is a unique academic medical centre dedicated to neuroscience. Founded in 1934 by the renowned Dr. Wilder Penfield, The Neuro is recognized internationally for integrating research, compassionate patient care and advanced training, all key to advances in science and medicine. The Neuro is a research and teaching institute of McGill University and forms the basis for the Neuroscience Mission of the McGill University Health Centre. Neuro researchers are world leaders in cellular and molecular neuroscience, brain imaging, cognitive neuroscience and the study and treatment of epilepsy, multiple sclerosis and neuromuscular disorders. For more information, visit theneuro.com.

New study maps the progression of Parkinson's disease within the brain