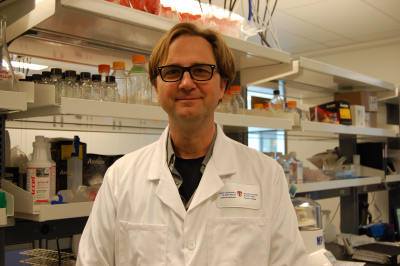 Marcel A. Behr, MD, MSc
Director of the McGill International TB Centre
Microbiologist-in-Chief at the McGill University Health Centre
Researcher in infection and immunity at the Research Institute of the MUHC
Associate Professor, Department of Medicine, McGill University

In spite of what you may think, tuberculosis (TB) is not a disease of yester year.  In fact, it kills one person every 22 seconds worldwide. To eradicate this global killer that still rages across the world, including in Canada, our efforts must be concerted, ambitious and sustained.

A recent initiative launched by the World Health Organization (WHO) is a step in the right direction. Less than a year ago, the WHO adopted a 20-year strategy that aims for near zero deaths, disease and suffering due to TB by 2035.

Previous global efforts to control TB have focused on the immediately feasible, rather than on the ultimately desirable. As a result, they ignored less contagious TB cases and aimed to cure less than one-third of patients – a woefully unambitious target. One cannot imagine the public accepting a global program to control only one-third of Ebola or one-third of HIV cases.

But more needs to be done, including here at home. We need to recognize that TB is a Canadian problem, not just something that occurs elsewhere in the world.  It is an active concern within our borders, with ongoing outbreaks in Nunavik and Nunavut.  Recognition of the problem of TB in Canada should start with our federal leadership. Currently, the Public Health Agency of Canada does not have a Director of TB Control, unlike every other country.  Is there a defined strategy for TB in Canada, and if so, who is responsible?

TB also affects countries which provide us our immigrants and foreign students, and consequently our future job force. Additionally, while TB continues to circulate, whether here or abroad, we risk the emergence of drug-resistant and multi drug-resistant TB.  Almost half a million people develop multi drug-resistant TB every year, and these untreatable forms of the disease are only a flight away from our airports, workplaces, classrooms and indeed any public venue.

It’s time to end the stigmatization of TB sufferers. Fear of discrimination may lead people to delay seeking help, to withdraw from society or to decide to stop treatment altogether. The links, real or perceived, between TB and HIV, poverty and homelessness have also contributed to the dark cloud hanging over this disease. To fight the stigma, we must talk about it. Yes, TB is a highly infectious respiratory disease and it can be contracted by breathing in the bacterium that causes it. But you need sustained exposure to infectious cases to be at risk of contracting the illness. Because most strains of TB can be successfully treated, anyone with the disease should not be afraid to come forward. It can be the difference between life and death, and of course it helps put an end to the spread of the disease.

Over the years, research into TB has led to numerous major medical advances, including the development of the stethoscope, the chest X-ray and skin tests. Until the 1990s, TB control relied on tests from the 19th century, a partially effective vaccine developed in 1921 and antibiotics from the 1940s and 1950s. The sad reality is that medicine moved on and turned to other challenges, both infectious and non-infectious, until resurgent rates in the 1990s reminded us that TB will not go away on its own.

The goal of a world free of tuberculosis can be achieved, but it will require a long overdue global effort, sufficient funding, committed scientists and tenacious activists. It is time we move from ideas to action. Canada has a part to play in this effort, but that part remains to be defined.