Dr. Norbert Gilmore, pioneer in the fight against AIDS in Canada and a champion for human rights, retires

Dr. Norbert Gilmore, a highly esteemed McGill University Health Centre (MUHC) senior physician, researcher at the Research Institute of the MUHC and McGill University emeritus professor will retire later this month. For the past 30 years, he has been a renowned HIV and AIDS specialist in Canada and a champion of human rights of HIV-infected patients within the healthcare system and in society. 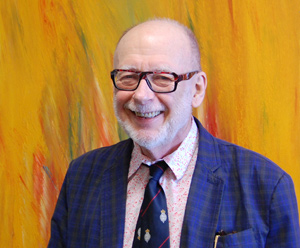 “The first five years of Aids were just crazy,” says 72-year-old Dr. Norbert Gilmore. “At the very beginning, people were sitting on floor of the Royal Victoria Hospital (RVH) clinic, because there weren’t enough chairs, so we took up the allergy clinic a couple of mornings a week. When we dealt with HIV/Aids, we sometimes had to rob from Peter to pay Paul.”

“Dr. Gilmore was a pioneer with HIV medicine in Canada,” says Dr. Jason Szabo, physician at the Chronic Viral Illness Service at the Montreal Chest Institute. “He fought against stigmatization from the get-go, telling people that HIV cannot be transmitted by casual contact. He also established the link between the promotion of human rights and HIV prevention.”

For Dr. Gilmore, human rights and health go hand in hand. “We have to protect vulnerable people and give them the same opportunities that everybody else in society has. They should have the right to be happy, to have a family, to get work and to be healthy.”

As a leading Aids expert, Dr. Gilmore was thrown into the media spotlight early on and gave countless television, radio and newspaper interviews trying to “sell HIV as a social illness” shaped by political, economic, social and behavioural forces.

“I used to tell everybody: ‘People with HIV/Aids need respect, so don’t discriminate, don’t stigmatize, and don’t delay doing what needs to be done.’”

Before the Aids explosion, Dr. Gilmore had been working as a physician at the Royal Victoria Hospital since 1975. Originally from Massachusetts, he studied Pharmacology at the University of London, England, and Medicine at the University of Vermont. From 1970 to 1974, he was an intern and resident in allergy and immunology at McGill University’s Royal Victoria Hospital, a “high-tech institution that also embraced care at the bedside”.

“In the 70’s this place was hot. People were curious, hard-working and superstars in their fields. I learned an awful lot and had a lot of fun,” he says.

Those rather carefree years were soon replaced by the dark times brought on by the Aids epidemic. “It just exploded and steamrolled. Everybody was dying,” he says. “Dr. Richard Lalonde, my predecessor, deserves great kudos for his work in building the RVH's HIV unit at that time. Sometimes we had 20 people hospitalized. That’s how big the epidemic was.”

The onset was so sudden that before community organizations could be created, doctors had to play the roles of advisors, advocates and sometimes activists. In 1989, after six years as Chair of Health Canada’s Advisory Committee on Aids, Dr. Gilmore resigned to protest against government’s inaction on its Aids education programs. He collaborated with the World Health Organization (WHO) and wrote research papers that are still consulted today. He was one of the founding members of McGill’s Centre for Medicine Ethics and Law.

“His ethics course taught us to translate concepts that we all hold dear into policy and action,” says Dr. Szabo. “He didn’t just talk the talk. He walked the walk and got his hands dirty on the front lines.”

Dr. Gilmore’s devotion to his patients is recognized by all. “He is respectful, encouraging, kind and, of course, very competent and a brilliant intellectual,” says Claire Duchesneau, social worker at the Chronic Viral Illness Service. “He has played a major role in supporting the work we do with refugees. He's our human rights guy.”

In 2011, he was responsible for merging the RVH and the Montreal General Hospital HIV/Aids clinics. As medical director of the Chronic Viral Illness Service for the past four years, he oversees a group of 40 medical specialists, psychologists, pharmacists and social workers delivering specialized care to 2,500 patients. 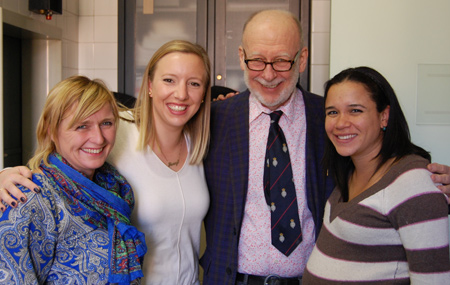 “Our team is magnificent. Nurses Ellen Seguin and Gino Curadeau work tirelessly and everyone gives their very best,” he says proudly. “We don’t discipline people; we try to encourage them to follow their treatment. We created a unit that really works and is in perfect shape to go to Glen.”

His colleagues and friends gathered for a farewell party a few weeks ago. Thirty people were expected, but 85 showed up to celebrate Dr. Gilmore.

“In Dr. Gilmore’s case, medicine was never just a job; there was a sense of it being a vocation,” says Dr. Szabo. “He led by example and left a mark on many areas and on many of us.”