It's difficult to say when the realization of his bad decision struck home. The attempted flip into his parents' aboveground swimming pool using a trampoline must have seemed perfectly logical up to the point where his feet left the ground. After a compression fracture of the spine and three months of rehabilitation, the adolescent involved in this momentary lapse of reason now realizes just how lucky he is. "He came a hairs breadth from becoming a paraplegic," says Debbie Friedman, Head of the Pediatric and Adolescent Trauma Program at the Montreal Children's Hospital (MCH) site of the McGill University Health Centre (MUHC). 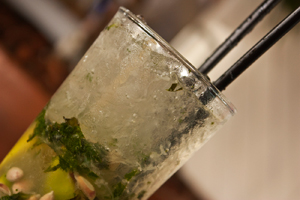 The above case is a classic example of teenage risk taking. We have all done things that could be regarded as idiotic, often in our teenage years. "They're young and inexperienced, but eager to learn and fit into the adult world," says Dr. Mark Zoccolillo, a psychiatrist in the adolescent medicine clinic at the MUHC. Teenagers also have a sense of invincibility and are highly susceptible to peer pressure. "Risk taking is sensation seeking, and can occur in many forms," he adds. One of the most destructive forms is drug and alcohol abuse - Zoccolillo's area of expertise.

Drug and alcohol abuse is an increasingly common problem in Canadian teenagers. "We have the worst rate of teenage cannabis use in the developed world," says Zoccolillo, referencing a study of behaviour in school-age children published by the World Health Organization (WHO). The 2001 study indicates that 43 percent of Canadian boys and 38 percent of Canadian girls have taken cannabis by the age 15. And if you think this is simply teenage experimentation, think again - around 30 percent of each sex have taken the drug at least five times. "The results are worrying," says Zoccolillo. "Canada is top of the pile - ten times the rate of Sweden, and almost double the rate of Holland, where cannabis is decriminalized."

In order to establish which drug is most popular and when it is being used, Zoccolillo conducted his own study on Quebec teenagers. Predictably, the drug of choice among the 1,600 students interviewed was cannabis. The discovery that most concerned Zoccolillo however, was the situations under which teenagers use cannabis: a staggering 70 percent of those who take the drug claim to have done so while at school, and 26 percent of boys have driven a motor vehicle while under the drug's influence. "The greatest number of survey respondents were 15 year olds," recalls Zoccolillo. "Let's not forget that this group is not even old enough to own a driving license yet."

Clearly drugs and alcohol result in poor decision-making, and can turn risky activities into potentially lethal activities. "There's already an element of risk in sports like snowboarding or skateboarding," says Zoccolillo. "But kids that do these activities while high are much more likely to exercise poor judgment and take unnecessary risks." Debbie Friedman concurs. "Although testing our trauma patients for drugs and alcohol is not always appropriate or feasible, there's little doubt that they cloud the decision-making process and increase the chance of injury." Last year, The Children's received over 13,000 trauma cases - the leading cause of death and disability among teenagers. "Those who take risks while intoxicated are certainly not playing with a full deck," says Friedman.

Zoccillo's study suggests that cannabis use may be evolving from a transitory phase to a way of life. "A number of teens are spending their entire day intoxicated," says Zoccolillo. His data show that some kids smoke-up on their way to school. "If we feel uncomfortable with teachers, doctors or police officers being stoned at work, then why should we accept this behaviour in our teens?"

Parents need to involve themselves in their child's life and teach them to make good decisions. "There's a misplaced sense of invincibility among teens," says Friedman. "Most of the injuries we see are preventable, involving good kids who simply make bad decisions."

The Children's is working hard to reduce the number of preventable trauma cases by educating the public on the risks involved in activities ranging from drugs and alcohol to trampolines and swimming pools. "We ask parents to take a more active role in the life of their adolescent, by providing structure and guidance," says Friedman. "Teens may need help to make the right decisions - be a friend, but more importantly be a parent."

Parents and staff with questions or concerns regarding adolescent substance use and abuse can call the Adolescent Substance Abuse Service at the Montreal Children's Hospital on 934-1934 (ext. 23541).