Using CrossFit to stick it to Cancer 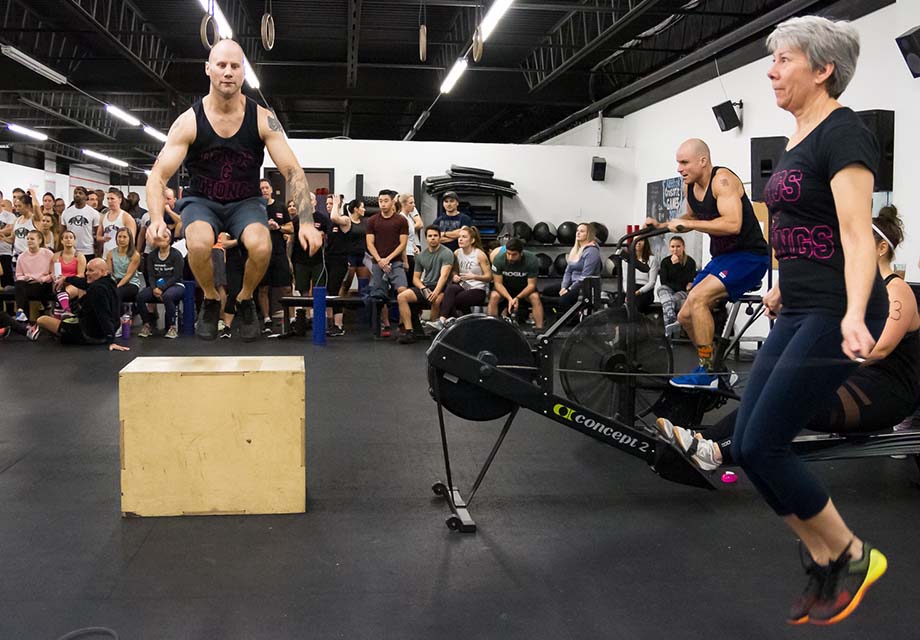 Ben, who is a father to two young children, was diagnosed with colorectal cancer in the spring of 2016. Since then, the 42-year-old has found himself bedridden and hospitalized from chemotherapy treatments, and subjected to a series of high-dose radiation treatments. He also underwent a number of major surgeries – a  softball-size tumour was removed from his body, only for another tumour to return just above that same spot. At the moment, more radiation awaits and, possibly, another surgery. And while his chemotherapy treatments have gone from 6-hour affairs to 15-minute sessions, he remains undeterred in his fight against cancer. That includes getting to the gym whenever his family and work obligations allow it.

“I think he gives motivation not only to other patients but to doctors like myself,” says Ben’s oncologist at the McGill University Health Centre (MUHC), Dr. Jamil Asselah. “He motivates me in my work because your goal as a physician is to see your patient live a normal life despite the treatments, which includes very toxic drugs. Ben is a fighter and someone who wants to live his life and take every day in a positive manner despite a chronic illness.”

Pushing through the pain

Ben was a regular at CrossFit de l’Ouest gym for years before his diagnosis. At first, he was able to continue with deadlifts, air squats and push jerks inside the gym for six months, before a second round of chemotherapy sidelined him. A surgery to remove spots on his lungs was followed by a grueling 10 hours on the surgeon’s table to remove the tumour from his pelvis. Finding the right dosage for his subsequent chemotherapy proved challenging, even landing him in the Emergency Room. But now that his medicines are in order, Ben is right back in the gym looking to give his body the physical edge in the biggest fight of his life.

“Going to CrossFit doesn’t provide an escape, but you don’t feel sick anymore. It changes your ideas,” says Ben, who lived with 40 staples down his front following his pelvic surgery. “When you get diagnosed with cancer, you think about cancer all the time. I didn’t want that. With the first round of chemotherapy, as soon as I got off the bag, I would head straight to the gym.”

Ben’s story inspired CrossFit de l’Ouest owner Julie Beaumont to turn her fourth annual cancer fundraiser – called ‘Curls for the Girls’ – into an event to support Ben and another member who was also a cancer patient, to their surprise. With the help of Ben’s brother Scott, the event raised $2,500 in grocery, pharmacy and other gift certificates. 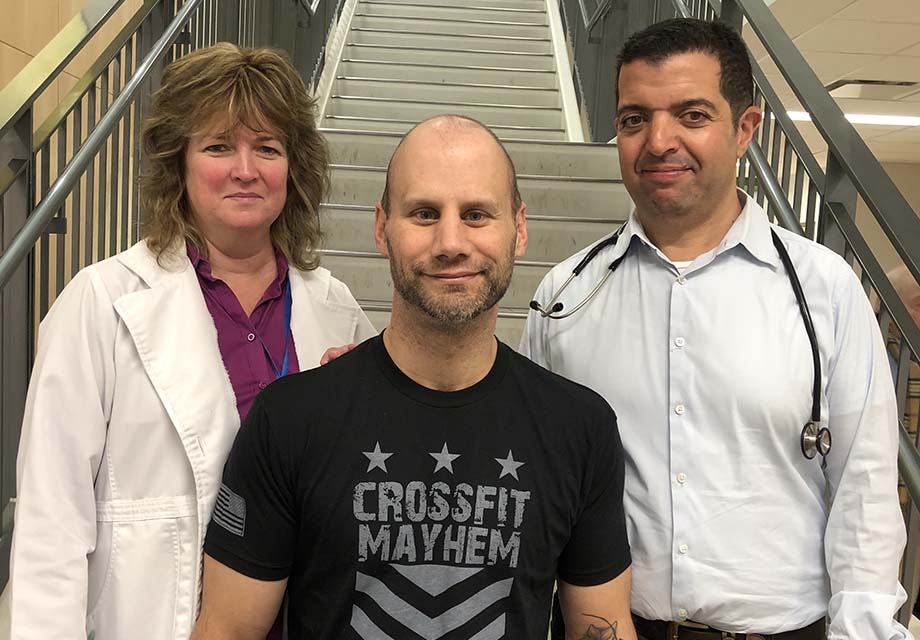 “In the CrossFit community there is closeness and when we found out about his cancer, we wanted to do something for him,” says Beaumont, who has previously raised funds for the likes of the Canadian Cancer Society and Breast Cancer Foundation with the event. “Scott was telling me Ben wants to come back but that he wasn’t feeling well and wasn’t always comfortable. So we felt it was important to get him back for this competition and to get the CrossFit community engaged behind him.”

The emotional day provided Ben with a major boost – he is committed to staying back in the gym despite the obstacles life has thrown at him.

“I thought at first it would be too intense for me, but I wanted to give back and be a part of it,” says Ben, who admitted his muscles ached for days following the event. “I did it to help other people, I wasn’t expecting so much to come back to me.”

“He’s really motivated and puts a lot of energy into getting better not only for himself but for his kids,” says Colleen Rooney, a colorectal cancer pivot nurse at the MUHC. “He’s so positive in   this fight; we are all cheering him on.”

CrossFit is a high-intensity interval training and resistance exercise routine that combines elements of cardio, weight lifting, gymnastics, core training and other regimens. It is often characterized as a rebel fitness form against standard gym or group classes cemented by a tight-knit community.

POP Clinic: getting you ready for the big day