In the hands of the TLC team 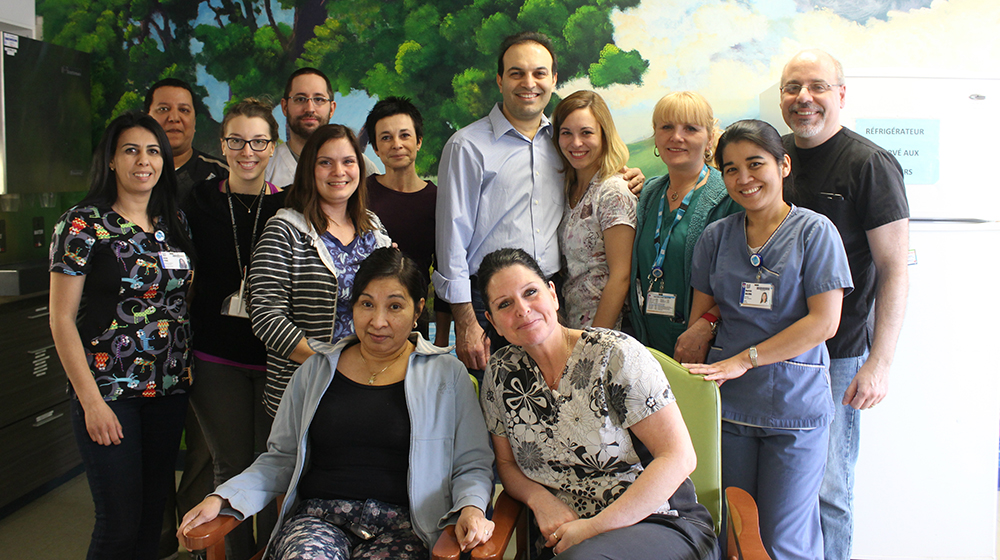 My husband has been cared for with the utmost compassion, skill and love,” wrote Maureen Kiernan Bossy, a retired nurse, in a letter sent to the Montreal Gazette on November 7, 2016*. Maureen wanted to publicly thank the healthcare team at La­chine Hospital’s Camille Lefebvre long-term-care pavilion, who had cared for her husband Leo for more than a year. During that period, the couple and the staff developed strong ties. 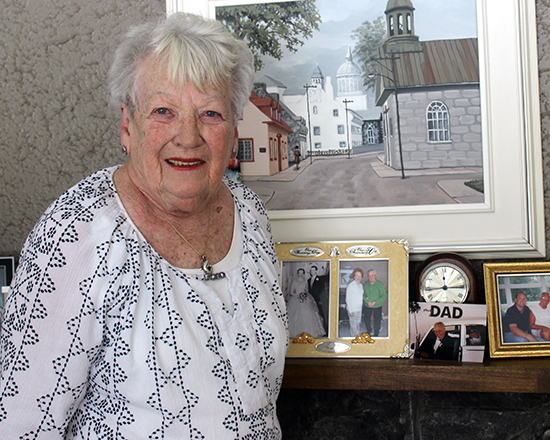 They were so good, never a harsh word, always tender lov­ing care,” says Maureen. “I used to call them the TLC team: Dora, Brigitte, Mehdi, Joe, Andre, Sylvie, Alex, Caroline, Isabel and all the others! They also took care of me. It was always ‘Do you need anything, Mrs. Bossy, can we help you?’ They were just fantastic.”

The admiration is mutual, says Brigitte Beaulieu, who has been working as a patient attendant for 25 years, 16 of those at Lachine.

“Mrs. Bossy is a former nurse, so she knows it takes a lot of love and a genuine interest in people to work in a long-term-care facility with patients who are losing autonomy,” says Brigitte. She was so empathetic, kind and endearing towards us. And Mr. Bossy liked to tell us stories about his life.”

Leo was a Canadian paddling champion and a successful hockey coach, but in 1996, a stroke left him paralyzed. For the following 20 years, Maureen took care of her husband at home.

“Those years were extremely difficult for him. He had pros­tate cancer, and radiation therapy left him unable to enjoy many of the foods he loved. He developed atrial fibrillation – an irregular and often rapid heart rate – and congestive heart failure. He was operated for a herniated bowel and had a hip replacement for arthritis. I could go on and on.”

During some of those health crises, Maureen took Leo to the Lachine Hospital Emergency Department (ED).

“It is small, clean and very efficient,” Maureen recalls. “Even when it was full, there was always somebody around to look af­ter the people. The care Leo received at Lachine was excellent.”

In 2015, Leo’s health deteriorated and Maureen couldn’t take care of him any longer. When it came time to choose a long-term-care facility, she had no doubts as to where her husband should go.

“I chose Camille-Lefebvre, and it turned out to be the best de­cision I have ever made,” she says. “He received the same quality of care that I and my fellow ‘old nurses’ had been trained to give so many years ago. The patient is always number one.”

“We put the patient and the family first,” says Nurse Clinician Mehdi Torkashvand. “Humanity is essential in this field, as is hav­ing a vocation. Otherwise it’s impossible to endure the stress.”

To accommodate each patient’s needs, Mehdi, Brigitte and the rest of the team must exercise judgment, communicate well and be flexible.

“We want them to feel at home,” Mehdi explains. “We respect their privacy and we give them choices. If a resident has an appointment, we can usually find another time to change a dressing, for instance. But, of course, at the same time we must ensure their safety.” 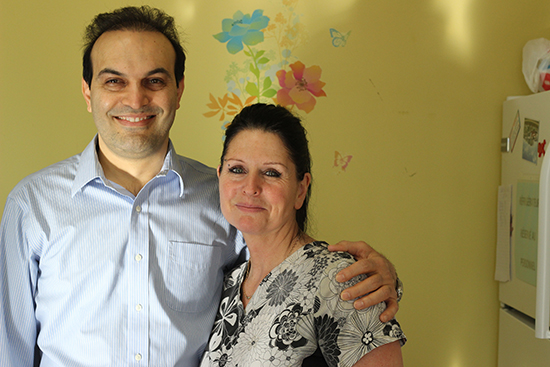 For Maureen, leaving Leo in the team’s hands was “a total relief.”

“I had no fears or worries leaving his side after a visit be­cause I knew they would look after him as I would,” she says.

Just a few weeks after that thank-you letter was written, Leo passed away unexpectedly. He had spent part of the day bouncing his great-grandsons on his knee. When Maureen called in the evening, he was watching the hockey game. He had had trouble breathing, and they found out he had pneu­monia again.

“Do you want me to call you tomorrow morning?” Maureen asked her husband.

Leo died later that night. At the funeral parlour, Maureen found a special card among the flowers, sent by the ‘TLC team’.

“I thank them all on behalf of Leo and for giving me and our family peace of mind at this most difficult time in our lives.”

When interior design matters: inside the Serious Illness Conversation room

Caring for families in mourning