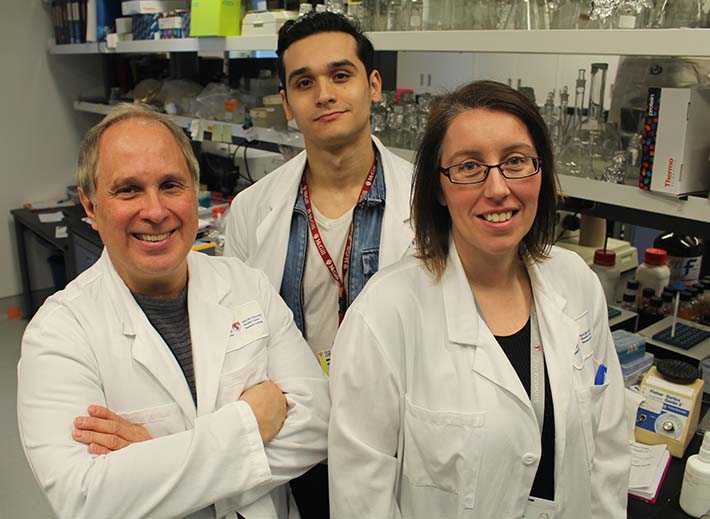 New study from the Research Institute of the McGill University Health Centre (RI-MUHC) and McGill University has found that a virus infecting the Leishmania parasite spreads by exploiting a mechanism used for cell-to-cell communication, a discovery that could pave the way to new vaccines against infections that cause severe disfiguration.

Much like animals, viruses evolve to improve their chances of survival. Every year, the influenza virus spreads by changing key proteins on its surface to trick our immune system into thinking that it never encountered the pathogen. The herpes simplex virus, on the other hand, lies hidden in the brain - an area that is off limits to our body’s defences – until the next time it is ready to attack. 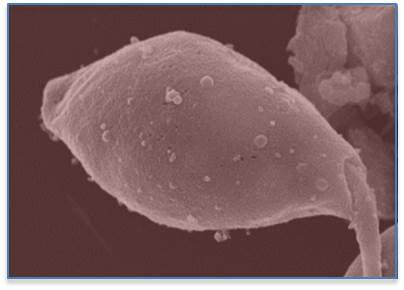 Martin Olivier, a senior scientist from the Infectious Diseases and Immunity in Global Health Program of the RI-MUHC, has recently shown that a virus that infects a primitive type of cell – the Leishmania parasite – also has a ruse to avoid detection.

In a study recently published in Nature Microbiology, Olivier found that the Leishmania RNA virus 1 (LRV1) hides in tiny vessels - known as exosomes – that Leishmania parasites use to “communicate” among themselves.

“This is the first time that a non-enveloped double stranded  RNA virus is shown to be capable of exploiting lower eukaryotic exosomes to gain an envelope,” says Prof. Olivier, who is also a full Professor of Microbiology and Immunology. “By hiding in these ‘communication pods,’ the virus is protected from external threats and the infection of other Leishmania cells is facilitated.”

Olivier and his colleagues also showed that leishmaniasis cases were significantly more aggressive when parasites were infected with LRV1.

“This provides us with a new model to study virus biology and mechanisms regulating virus release from host cells,” Olivier adds. “Ultimately, the use of Leishmania exosomes containing the virus could lead to an effective vaccine against Leishmania viannia guyanensis - a particular strain of Leishmania that causes a with LRV1.”

The Leishmania parasite, mostly found in tropical areas, is transmitted by the female sandfly and leads to about 1 million cases of leishmaniasis yearly, killing thousands and leaving many others disfigured.

This work was funded by the Canadian Institute of Health Research.

Does Chagas disease present a health risk to Canadians?