RI-MUHC researchers demonstrate that exposure to relatively low levels of air pollution in Canada is associated with lower lung function and COPD. 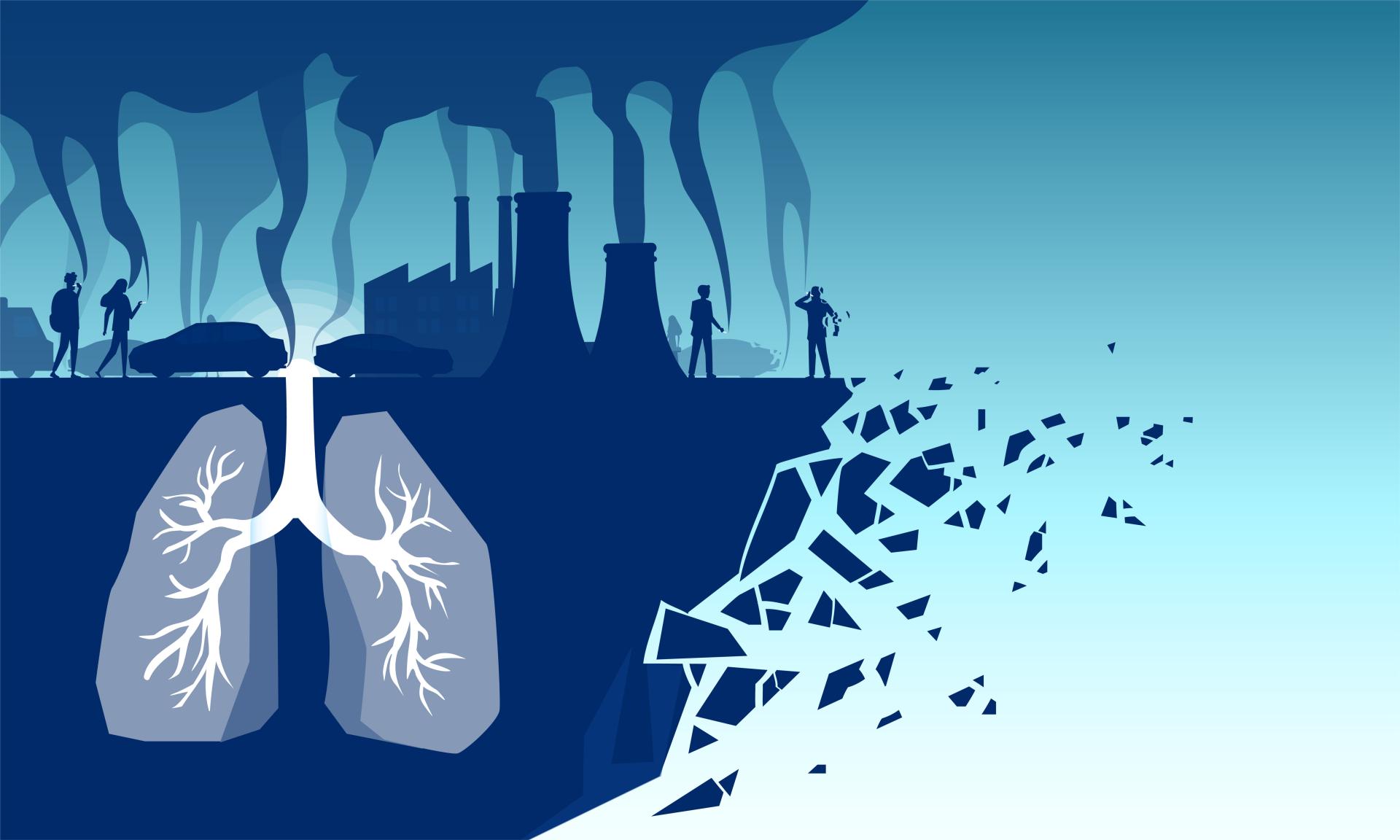 Montreal, May 26, 2022 – Long-term exposure to air pollution is linked to an increased prevalence of chronic obstructive pulmonary disease (COPD), which lowers lung function and makes breathing difficult for over 2 million people in Canada, and hundreds of millions worldwide. While most studies have looked at areas with high levels of pollution, a collaborative Canadian research network led by scientists from the Research Institute of the McGill University Health Centre (RI-MUHC) decided to examine the situation in Canada. According to their research work, even exposure to low concentrations of outdoor air pollution is associated with lower lung function in adults, i.e. the ability of the lungs to exchange oxygen and carbon dioxide through breathing. Their findings also show that individuals with dysanaptic lungs – a developmental mismatch between airway and lung size – could be more susceptible to the long-term effects of air pollution on lung function and COPD. Published in the American Journal of Respiratory and Critical Care Medicine, their study is the first to scrutinize these associations in the Canadian population.

“Few studies have examined the relationship between air pollution and the lung health of adults in areas where air pollution concentrations are low, such as in Canada,” says Dr. Jean Bourbeau senior scientist in the Translational Research in Respiratory Diseases Program (RESP) at the RI-MUHC, professor in the Department of Medicine at McGill University and senior author on this publication. “Our study shows that even in this setting, long-term exposure to outdoor air pollution has significant negative impacts on lung function. We saw that small increases in fine particulate matter and nitrogen dioxide air pollution led to clinically relevant decreases in lung function.”

The team of researchers did not stop at examining how air pollution affects lung health in the Canadian population. They also assessed how an individual’s susceptibility to lung problems may be impacted by the structure of their lungs. They found that individuals with smaller airways had lower lung function and were 87 per cent more likely to develop COPD compared to people with larger airways with similar exposure to air pollution.

“For the first time, common differences in lung structure that arise early in life were shown to increase susceptibility to the harmful effects of air pollution later in life,” says study author Dany Doiron, PhD, a Research Associate at the RI-MUHC.

“Our results suggest that a relatively important proportion of the Canadian population is particularly susceptible to inhaled air pollutants,” adds co-author of the study Dr. Benjamin Smith, a scientist in the Translational Research in Respiratory Diseases Program (RESP) at the RI-MUHC and an associate professor in the Department of Medicine at McGill University. “While exposure to air pollution during childhood has been shown to adversely affect lung function and lung development, our study suggests that early-life lung development could in turn play a key role in protecting from, or increasing susceptibility to, air pollution-induced reductions in lung function and COPD in adulthood.”

Chronic obstructive pulmonary disease (COPD) is a major cause of hospitalizations in Canada and a leading cause of death. It is characterized by an inflammation and partial blockage of the airways in the lungs, making breathing difficult.

While tobacco smoke is the best-known risk factor for COPD, up to half of COPD cases worldwide are due to non-tobacco-related risk factors including occupational exposures, infectious diseases, early life events and air pollution, notably, fine particulate matter and nitrogen dioxide. Fine particulate matter is made up of small inhalable particles thirty times smaller than the width of a human hair, and it can travel deep into the respiratory tract. Key sources for fine particulate matter are industrial emissions, wildfire smoke, residential wood heating, cooking, agriculture and vehicle traffic. Nitrogen dioxide is a result of fossil fuel burning and an indicator of traffic-related air pollution. In September 2021, considering the damage air pollution inflicts on human health, the World Health Organization released new air quality guidelines, recommending significant reductions in these two kinds of pollutants.

Other recent studies have also shown that smaller airways relative to lung size are another major risk factor for COPD, even among individuals who have never smoked. However, until now, the interaction between air pollution and this condition called dysanapsis was unknown.

A cross-sectional study based on the CanCOLD study data

To measure lung function, participants in the CanCOLD study completed spirometry tests, a simple test that measures how much air can be expressed in one forced breath. CT Scans were used to determine the size of an individual’s airways relative to size of their lungs. Lifestyle and behavioural risk factors were assessed using questionnaires, and validated methods were used to estimate air pollution concentrations at each participant’s residential location. Researchers also accounted for individual factors such as age, sex, body size, socioeconomic status, tobacco use and intensity, environmental tobacco smoke and biomass smoke exposure, and respiratory medication intake.

“Our study can help inform clinical management of chronic respiratory disease by identifying individuals with increased susceptibility to air pollutants,” says Dr. Bourbeau, “Our findings emphasize that even low levels of air pollution should not be considered safe.”