The event Courir pour la cause d’un hôpital à l’autre, an initiative that celebrates the nursing profession and supports the cause of mental health among healthcare workers, has been revived for a second consecutive year. This second edition not only closed Mental Health Week yesterday, Sunday, May 8, but will also mark the beginning of National Nursing Week, May 9-15. The instigator of the movement, Gülin Yilmaz, a nurse at the McGill University Health Centre (MUHC), and her three colleagues from the CIUSSS de l'Ouest-de-l'Île-de-Montréal ran a 47 km route linking a dozen healthcare institutions to greet their colleagues as they passed.

The four running enthusiasts – Gülin Yilmaz, Natalia Mursa Curci, emergency room nurse at the LaSalle Hospital, Sarah Bachand, operating room nurse at the LaSalle Hospital and Mélanie Myrand, nurse practitioner at the Medistat Clinic – did not hesitate to participate for a second year to support the organization Mouvement santé mentale Québec and to raise awareness among the population and healthcare workers about taking care of their mental health. This year, they were joined by runners from Laval and the South Shore of Montreal. A second team has also taken up the challenge and ran the same number of kilometres, on the same day, at the same time, in the Eastern Townships.

The itinerary was same as the previous year: starting at Lakeshore Hospital in Pointe-Claire, they passed two CHSLDs and eight hospitals, including Lachine Hospital, the Glen site of the MUHC and the Montreal Neurological Institute and Hospital (The Neuro), cheering on their fellow healthcare workers as they ran. They finished in unison at the top of Mount Royal.

The challenge was great for Gülin during her first experience last year, but the lessons she learned were invaluable. “In running, the limits are more mental than physical. During that race, I realized the value of teamwork, of being well surrounded and having support. I was amazed at how my mind and body were able to adapt and cope with the challenges," she says. 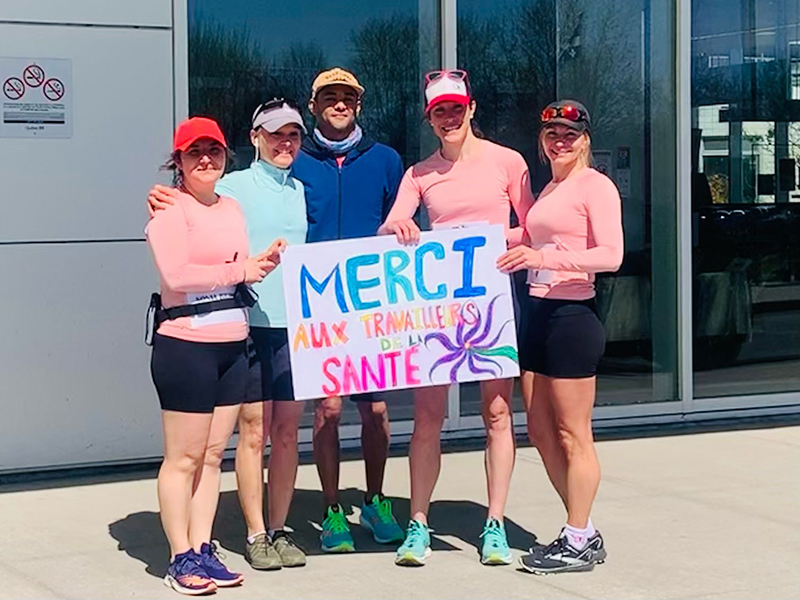 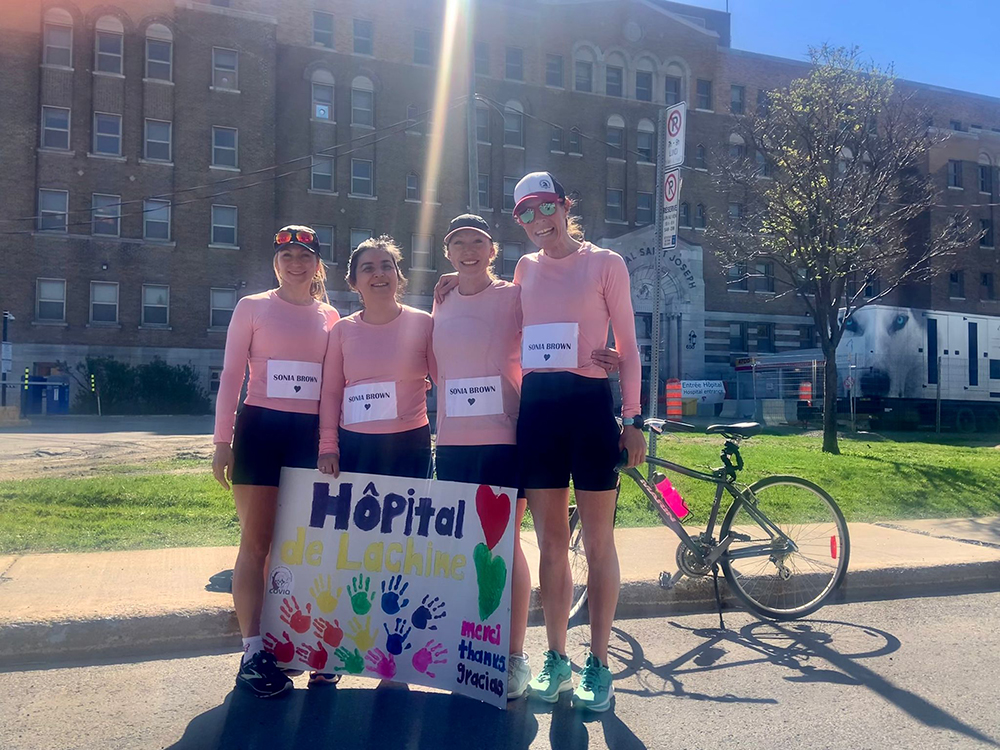 According to Gülin, nursing is more than just care at the bedside. “As nurses, we can have a strong voice that has the power to create positive change. When we come together for a common goal, we are powerful,” she exclaims, thinking about what they have accomplished in support of the mental health cause.

Bravo to the entire team for your achievement!