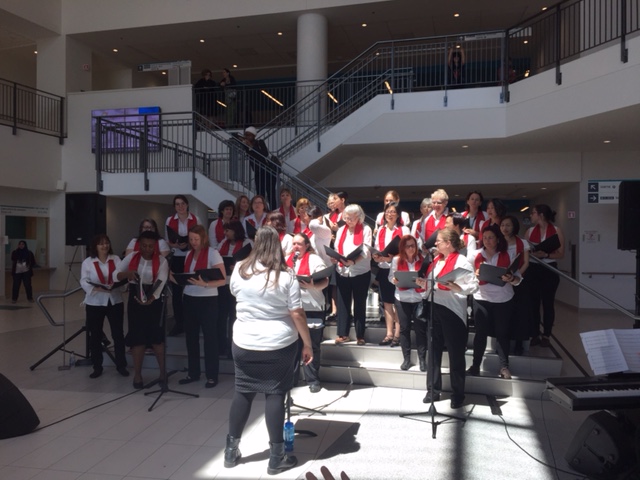 Jessica is a nurse in oncology at the Royal Victoria Hospital. She works with patients battling cancer, and loves what she does. Her work is rewarding, but stressful, with long and emotionally charged days. She has difficulty finding time to feed her creative and social needs. She joins the MUHC staff and volunteer choir, Enchanté, where she sings fun and challenging songs weekly at the hospital with her colleagues. She gets to know other people who work in the hospital community, sharing stories, singing and socializing with them. As she sings, she feels the stress of her day melt away. She looks forward to performing during the holidays for the patients and staff!

♪ Develops a sense of community in the hospital 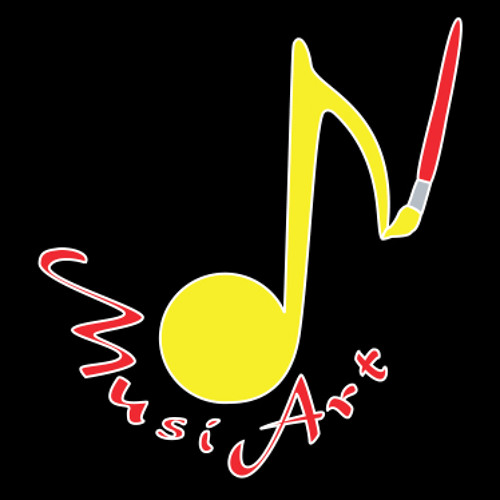 Le Groupe MusiArt is a creative arts and performance group housed within the Transitional Day Program of the Psychiatry Department at the Montreal General Hospital, McGill University Health Centre. It was launched in October 1998. The choir is comprised of 16 health care consumers.   Performances by the MusiArt Choir are presented in a multi-media format, which provides an opportunity for the health care consumers to present their artistic creations such as photography, art and poetry.

In MusiArt's role as creative ambassadors' for mental health, the group received the Most Innovative Mental Illness Awareness Weekaward in October 2000.  An award given by the Canadian Psychiatric Association.

In 2008, Le gourpe MusiArt released their first album of original songs ‘Confidences…in confidence’. After this Cd the choir was invited to tour in France in 2011. A second album ‘Perception’ was released in 2011. The choir is now working on their third Cd, expected to be released in fall 2018 for their 20th anniversary.

The group is always available for performances.

Singing their sadness and sickness away