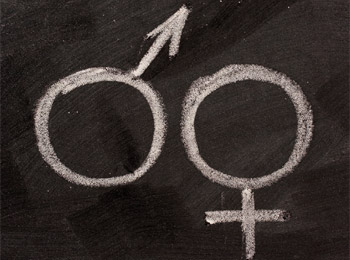 When a girl or boy comes into the world, there is usually no question about his or her sexual identity. Parents tend to dress their child in gender specific clothes, buy gender-specific toys and so on. But is it really that simple? According to Dr. Shuvo Ghosh, a developmental pediatrician at the Montreal Children’s Hospital of the McGill University Health Centre (MUHC), it is not. “Working in Child Development,” says Dr. Ghosh, “means that part of my job consists of seeing families with children who have a conflict with their gender identity.” According to Dr. Ghosh, gender identity is defined as a personal conception of oneself as male or female (or rarely, both or neither).

Once a family comes to Dr. Ghosh with a gender identity conflict, a lot of one-on-one discussions with the child and parents are necessary to assess how to proceed. Some parents and children decide that the child will gradually progress through a series of steps to begin an actual physical transition to the opposite sex. The option to undergo surgeries comes much later when the child is 17 or 18.

If the path of transitioning is chosen, there are reversible, partially reversible, and irreversible treatments. But even the irreversible treatments are not always permanent if the child grows up to decide differently. “If we have a very young child with a lot of psychiatric difficulties stemming from his/her gender identity conflict, sometimes there is no choice but to begin treatment right away with some of the reversible steps,” says Dr. Ghosh. “However, treatment typically begins around puberty, when the child is 11 or 12, if the desire to transition is persistent.”

For younger children, the reversible steps include a name change, going to school in different clothing, or simply presenting themselves as the opposite sex. If the child has adult support for the initial steps then the next step is to talk about hormone blockers at puberty. It gives the child the opportunity to consider, “Is this really how I prefer to go?” and to take some time before making further decisions.

The next step is to start taking hormones to induce the physical features of the opposite gender. The fi nal step would be to have surgery, however many people with gender identity confl ict do not choose surgery since it doesn’t always produce the desired outcome.

“These kids and families go through a lot and one of the really difficult things is to make sure we keep that distinction between gender and sexuality. With young children we really have to simply focus on gender,” says Dr. Ghosh.

When the child becomes an adolescent, sexuality issues are discussed. According to Dr. Ghosh, it does not always come down to whether they are attracted to a male or female, but figuring out who they are and what qualities they like and feel comfortable with in another person.

“Perhaps one day people with gender identity confl ict will not be confl icted at all,” says Dr. Ghosh, “but simply be accepted for who they are despite the skin they are born in to.”

Welcoming all healthy expressions of sexuality