Montreal  – In Canada, cancer remains the leading cause of illness-related death in children. In an effort to accelerate research breakthroughs and ensure a faster path to a cure for children living with resistant, recurrent or metastatic cancer, more than 30 pediatric research centres and non-profit organizations are joining forces to support the PRecision Oncology For Young peopLE (PROFYLE) program, an initiative of the Terry Fox Research Institute. This unique partnership represents $16.4 million in funding, over a quarter of which will come from Quebec. 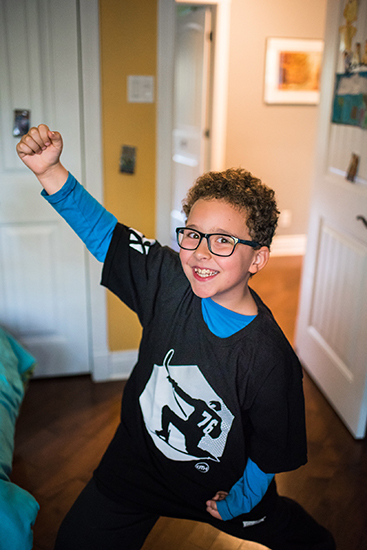 Karl, MCH patient, who is also a fan of P.K. Subban

Terry Fox PROFYLE seeks to tap into world-renowned Canadian expertise in genomics and pediatric oncology. The program uses real-time molecular profiling to personalize treatment for patients with tumours that are difficult to treat with conventional therapy, no matter where they live in Canada. Eight-year-old Karl from the greater Montreal area is one of these patients.

Karl was six when he and his parents found out that a persistent pain in his arm was in fact ganglioglioma, for which the prognosis in children is less than encouraging. “It was such a shock. We could barely wrap our heads around it,” his mother Josée recounted. They were told that the chances of being able to completely remove Karl’s tumour, which was lodged in his brain stem, were slim and that the repercussions could be serious. Fortunately, an experimental treatment was available through Terry Fox PROFYLE. “Instead of undergoing highly complex surgery, Karl is taking a pill to shrink the tumour. This has given him back his mobility and let him return to school.”

Although 80% of pediatric cancer patients now survive, the outlook for the remaining 20% continues to be grim. Terry Fox PROFYLE Program Director Dr. David Malkin of the SickKids Hospital in Toronto is delighted to see specialists in precision medicine converge for the first time and work together instead of in their respective silos. This is the key to modern-day medical advances.

The medicine of tomorrow in Quebec 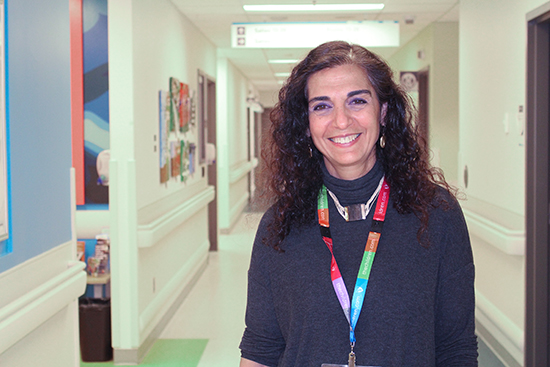 Dr. Nada Jabado, a senior scientist with the Child Health and Human Development Program at the Research Institute of the McGill University Health Centre (RI-MUHC) and a pediatric hematologist-oncologist at the Montreal Children’s Hospital of the MUHC, is a primary physician for children with brain tumours. “The PROFYLE initiative is an unprecedented catalyst for collaboration among Canadian scientists who are tackling particularly aggressive, hard-to-treat forms of pediatric cancer. I am proud of the synergy between our two teams in Quebec and of the expertise we’ve developed in studying genetic biomarkers that we can bring to this massive undertaking,” said Dr. Jabado, leader of the PROFYLE biomarker node. “Our goal is to find a cure for all children living with cancer, and with PROFYLE we are taking a giant leap forward. By sharing our knowledge and our know-how, we will maximize our chances of success in reaching out to children in need and their families.” 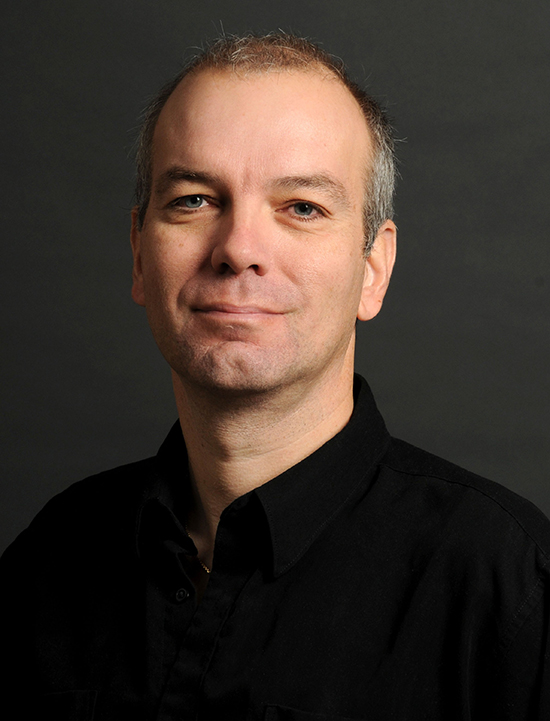 Professor Daniel Sinnett, senior scientist and head of the laboratory of genomic determinants of childhood leukemia, part of the Charles-Bruneau Research Unit in Immunology, Hematology and Oncology at CHU Sainte-Justine, agrees. “Our dream is to defeat cancer through research. By joining forces to take our work to the next level, we can make the most of our resources to greatly benefit children across the country. This nationwide collaboration will enable us to strengthen the leadership of our pediatric oncology teams,” he stated. “With precision medicine, we can develop molecular profiles that will show us how a disease is likely to progress so we can determine the most effective course of treatment to recommend to children and their families. These personalized treatments adapted to the needs of individual patients will help better our chances of finding a cure,” he added.

Quebec is contributing more than a quarter of the initial $16.4 million in funding, by way of several prominent donors, namely the Charles-Bruneau Foundation – the lead Quebec partner in this initiative, Sarah’s Fund for Cedars / Cedars Cancer Foundation, the Montreal Children’s Hospital Foundation and the CHU Sainte-Justine Foundation.

“At the Charles-Bruneau Foundation, we are proud not only to be continuing our fight against childhood cancers through a generous contribution to this research initiative, but also to be extending the scope of our work to a national scale,” said Rébecca Dumont, chief executive of the Charles-Bruneau Foundation. “Curing children with cancer is what our foundation is all about. It is with pride and confidence that we are working hand in hand with Sainte-Justine and the Montreal Children’s Hospital, two vital partners in Quebec, to advance the frontiers of knowledge and bring hope of a cure to all children.”

Funding for this extraordinary initiative, which will be spread out over five years, is expected to grow as new donors are added.

Watch the Terry Fox PROFYLE patient video to learn more about how the project is helping young Canadians.

About the CHU Sainte-Justine Foundation

The CHU Sainte-Justine Foundation’s mission is to engage the community and support the CHU Sainte-Justine in its pursuit of excellence and its commitment to providing children and mothers with one of the highest levels of healthcare in the world, now and in the future. fondation-sainte-justine.org/en/

About the CHU Sainte-Justine

The Sainte-Justine university hospital centre (CHU Sainte-Justine) is the largest mother-child centre in Canada and the second largest pediatric hospital in North America. A member of the Université de Montréal extended network of excellence in health (RUIS), Sainte-Justine has 5,457 employees, including 1,532 nurses and nursing assistants; 1,000 other healthcare professionals; 520 physicians, dentists and pharmacists; 822 residents  and over 204 researchers; 411 volunteers; and 4,416 interns and students in a wide range of disciplines. Sainte-Justine has 484 beds, including 67 at the Centre de réadaptation Marie Enfant (CRME), the only exclusively pediatric rehabilitation centre in Quebec. The World Health Organization has recognized CHU Sainte-Justine as a “health promoting hospital.” chusj.org

About the Montreal Children’s Hospital Foundation

Established in 1990, the Charles-Bruneau Foundation’s mission us to fund research for and support the development of projects related to pediatric hemato-oncology in Quebec. The Foundation believes that the thousands of children afflicted with cancer have the right to the best care available, throughout the province. It is active in the four university hospital centres in Quebec: the CHU Sainte-Justine, the CHU Québec-Université Laval, the CIUSSS of the Estrie-CHUS and the Montreal Children’s Hospital. charlesbruneau.qc.ca

Launched in October 2007, The Terry Fox Research Institute is the brainchild of The Terry Fox Foundation and today functions as its research arm. TFRI seeks to improve significantly the outcomes of cancer research for the patient through a highly collaborative, team-oriented, milestone-based approach to research that will enable discoveries to translate quickly into practical solutions for cancer patients worldwide. TFRI collaborates with more than 80 cancer hospitals and research organizations across Canada. TFRI headquarters are in Vancouver, B.C. For more information please visit www.tfri.ca and follow us on Twitter (@tfri_research).

Sarah’s Fund was founded in 2001 by Sarah Cook and her family. She was 8-years-old and undergoing treatment for Ewing’s Sarcoma.
Sarah’s Fund of the Cedars Cancer Foundation supports the needs of the Pediatric Hematology – Oncology patients and their families. The goal: improve the quality of life for all young cancer patients on “Sarah’s floor” (7B) at the Montreal Children’s Hospital. To date, Sarah’s Fund has raised over $12 million.