MONTREAL, 13 July, 2016 – Scientists at the Research Institute of McGill University Health Centre (RI-MUHC) have discovered a new genetic mutation linked to osteonecrosis of the hip, specifically the femoral head – the spherical-shaped mass at the top of the femur. This breakthrough could allow doctors to identify and treat the disease before symptoms arise and potentially avoid hip replacements. 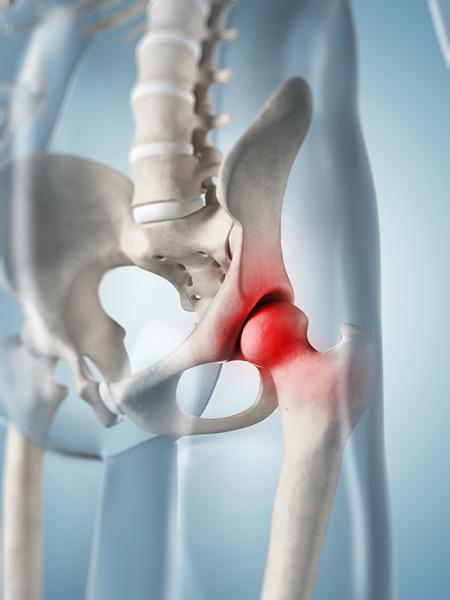 Osteonecrosis or “bone death” of the femoral head is a serious disease that is caused by interruption of blood flow in the hip bone. Patients experience pain as the disease progresses and the bone and surrounding joint collapse. Ultimately, in end-stage osteoarthritis, the patient becomes unable to walk and the hip joint must be replaced. “It is a severely debilitating disease that is usually linked to identifiable risk factors such as glucocorticoid treatments, blood cancers and in some rare cases, to a genetic cause,” explains Dr. Chantal Séguin, Hematologist-oncologist at the Bone Engineering and Vascular Biology Research Lab of the RI-MUHC, and senior author on the scientific paper published recently in the Journal of Medical Genetics.

Through the specialized Osteonecrosis Clinic established at the MUHC’s Montreal General Hospital, led by Dr. Séguin and orthopedic surgeon Dr. Ed Harvey, the researchers diagnosed advanced osteonecrosis in 4 out of 6 siblings in a family of European descent. Their team discovered a novel genetic mutation on a gene called TRPV4 (transient receptor potential vanilloid 4). The TRPV4 gene is known to play a critical role in blood flow control and bone cell development. Until this new discovery, only one other mutation had been identified in a few families of Asian descent and the findings have had limited potential for early diagnosis and new targeted therapy. 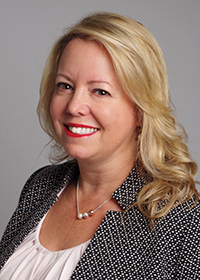 Dr Chantal Séguin, Hematologist-oncologist at the Bone Engineering and Vascular Biology Research Lab of the RI-MUHC .

Although the true prevalence of the disease is unknown, as many as 30,000 new patients are diagnosed each year in the United States, and the incidence is increasing. Many patients are under the age of 25 when diagnosed. The lack of knowledge surrounding osteonecrosis places a major financial burden on the Quebec and Canadian healthcare system.

"If we consider all Europeans and their distribution worldwide, it is likely that this mutation could be found in larger populations,” explains Dr. Séguin. “The identification of this novel mutation will help to reveal the biological pathways that lead to the disease, and aid in the development of new treatments that target its cause rather than its symptoms."

This novel discovery could also help to better understand the biological mechanisms in the much more common form of osteonecrosis of the femoral head, namely osteonecrosis induced by the use of glucocorticoids, or more commonly, steroids. Glucocorticoids are a family of medications used worldwide as either an anti-inflammatory agent, or as an important drug in many chemotherapy regimens used to treat patients with blood cancer. It is also well known that people who are using steroid medication for various illnesses are also at risk and it is estimated that greater than 60 million people are presently taking this medication worldwide.