Montreal– It is estimated that half of all cancer patients suffer from a muscle wasting syndrome called cachexia. Cancer cachexia impairs quality of life and response to therapy, which increases morbidity and mortality of cancer patients. Currently, there is no approved treatment for muscle wasting but a new study from the Research Institute of the McGill University Health Centre (RI-MUHC) and University of Alberta could be a game changer in improving both patients' quality of life and longevity. The research team discovered a new gene involved in muscle wasting that could be a good target for drug development.

These findings, which have been published in the September’s print edition of the FASEB Journal (Federation of American Societies for Experimental Biology), could have huge clinical implications as muscle wasting is also associated with other serious illnesses such as HIV/AIDS, heart failure, rheumatoid arthritis and chronic obstructive pulmonary disease and is also a prominent feature of aging. 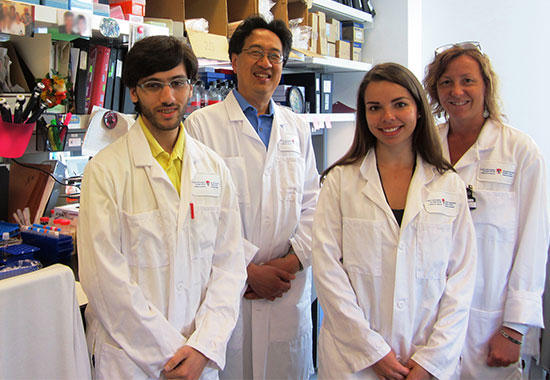 “We discovered that the gene USP19 appears involved in human muscle wasting and that in mice, once inhibited, it could protect against muscle wasting, ’’says lead author Dr. Simon Wing, MUHC endocrinologist and professor of Medicine at McGill University. “Muscle wasting is a huge unmet clinical need. Recent studies show that muscle wasting is much more common in cancer than we think.”

In this study, researchers worked with mice models that were lacking the gene USP19 (USP19 KO) and decided to look at two common causes of muscle wasting. They observed whether such mice were resistant to muscle wasting induced by a high level of cortisol – a stress hormone released in your body any time you have a stressful situation such as an illness or a surgery. They also looked at the loss of nerve supply because muscle atrophy can occur following a stroke when people are weak and bedbound. In addition, they looked at USP19 levels in human muscle samples from the most common cancers that cause muscle wasting: lung and gastrointestinal (pancreas, stomach, and colon).

“We found that USP19 KO mice were wasting muscle mass more slowly; in other words, inhibiting USP19 was protecting against both causes of muscle wasting,’’ explains Dr. Wing who is also the director of the Experimental Therapeutics and Metabolism Program at the RI-MUHC. “Our results show there was a very good correlation between the expression of this gene in the human muscle samples and other biomarkers that reflect muscle wasting.’’

According to recent studies, the prevalence of cachexia is high, ranging from 5 to 15 per cent in chronic heart failure or COPD to 60 to 80 per cent in advanced cancer. In all of these chronic conditions, muscle wasting predicts earlier death.

“Cancer patients often present with muscle wasting even prior to their initial cancer diagnosis,’’ says Dr. Antonio Vigano, director of the cancer rehabilitation program and cachexia clinic at the MUHC. “In cancer, cachexia also increases your risk of developing toxicity from chemotherapy and other oncological treatments, such as surgery and radiotherapy. At the McGill Nutrition and Performance Laboratory we specialize in cachexia and sarcopenia. By treating these two pathologic conditions through inhibiting the USP19 gene, at an early, rather than late, stage of the cancer trajectory, not only can we potentially improve the quality of life of patients, but also allow them to better tolerate their oncological treatments, to stay at home for a longer period of time, and to prolong their lives.’’

This study was supported by the Canadian Institutes of Health Research (CIHR) and the Terry Fox Research Institute (TFRI).