Advertising, our brain and the dangerous appetite 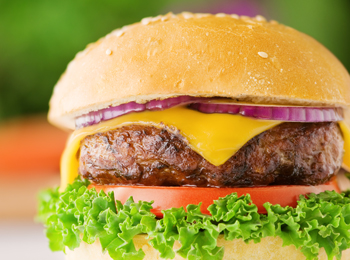 It has been confirmed: our culture of convenience food, and the clever advertising that accompanies this, is taking the old adage that you are what you eat to a whole new level.

Researchers at the Montreal Neurological Institute and Hospital The Neuro have made new discoveries about how the combination of advertising and convenience food affect our food choices and levels of consumption. This follows in the footsteps of an earlier Neuro study that uncovered the interplay between hormones and the human brain in relation to obesity.

Today, obesity is one of the most serious and growing threats to public health worldwide in children and adults. It not only fuels diabetes and cardiovascular and other chronic diseases, it places strain on healthcare systems.

Dr. Alain Dagher, a neurologist and researcher at The Neuro and a researcher with the Research Institute of the McGill University Health Centre, is trying to better understand the rising trend of obesity. He has  found that ghrelin, a hormone produced by the stomach, not only triggers hunger, but also works in parts of the human brain that control reward and pleasure – the same areas involved  in addictive behaviour. Ghrelin stimulates a powerful drive to eat, which can be a factor in overeating and obesity.

“Ghrelin is secreted when the stomach is empty and activates regions of the brain to be more responsive to visual food cues, making food appear more appealing,” explains Dr. Dagher. “Think about when you go grocery shopping on an empty stomach—you tend to buy more food that is higher in calories.” 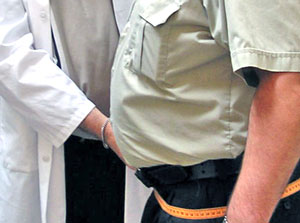 That earlier research combined with new brain imaging studies suggests that a major reason for the dramatic increase in obesity may be a heightened sensitivity to heavily advertised and easily accessible high-calorie foods. Obese individuals exhibit greater brain activation in response to sweet or fatty food cues like TV commercials that linger lovingly over a juicy burger and crispy fries, suggesting that such signals play a key role in motivating someone to eat.

“Although there is not a single pathway leading to obesity, it is a neurobehavioural problem resulting from a vulnerable brain in an unhealthy environment,” says Dr. Dagher. “There are clear parallels that can be drawn between hunger and addiction.”

The good news is, with the knowledge produced from these studies, perhaps one day actions can be taken to address this devastating but preventable public health problem, such as drug treatments and new policies that limit or ban junk food commercials geared toward children and fast food from schools.