Remembrance Day: Looking back at the MGH’s contribution to Canada’s war efforts

On Remembrance Day, the MUHC traditionally honours the armed forces members who died in the line of duty with a special event.  A bagpiper procession would lead people to a gathering for the reading of the poem In Flanders Fields, followed by a minute of silence. This year, the pandemic has once again curtailed this activity.

This November 11th, to underscore the 200th anniversary of the Montreal General Hospital (MGH), we will highlight the contributions of the MGH as well as its doctors and staff during World War I and II.

At the outbreak of WWI, Montrealers began to volunteer to contribute to the Allied war effort. The first MGH staff members were stationed as part of the Canadian Expeditionary Force near the Western Front in France and Belgium but also in England, Egypt, Greece and Turkey. Back in Montreal, despite the shortage of supplies and employees, the MGH held down the fort by continuing its daily operations and managing two additional wards for soldiers.

Col. H. S. Birkett, MGH surgeon and the Dean of the Faculty of Medicine at McGill at the time, was the first to volunteer a hospital on behalf of a Canadian university. Numerous staff members of the MGH worked in the storied No. 3 Canadian General Hospital (CGH), known as the McGill Unit. Birkett selected 36 nurses to serve as Nursing Sisters. To receive this officer’s rank, they required military training which they got in the McGill playing field before being deployed with the Canadian Expeditionary Force. The No. 3 CGH is remembered for its contribution to trauma care and its research on the effects of trench warfare and poison gas.

It was during WWI that Dr. John McCrae, former MGH and Royal Victoria Hospital physician, and World War I Lieutenant Colonel, penned the now world-renown poem In Flanders Fields after witnessing the death of a friend. The piece illustrated the grief, and loss felt during the war. McCrae was stationed at the No. 3 CGH at the time of the poem’s publication.

Once the Second World War had started, MGH was at the forefront of medical war efforts. The hospital formed the largest mobilized nursing group in Canada and approximately one third of its attending staff and many hospital workers had joined to help out. Back in Montreal, The MGH dealt with employee, food and equipment shortages. Canada’s research laboratories channelled their time toward war-related research into shock, blood storage and treatment of injuries. Their work didn’t stop there, they also contributed to the mass production of antibiotics, toxoids and vaccines for infectious diseases threatening soldiers abroad.

The Women Who Contributed to the War Effort

During World War II, MGH nurses once again stepped up. They registered for active service and participated in fundraising efforts at home. MGH alumnae formed the largest group of Nursing Sisters out of all Canadian nursing schools with 170 nurses helping out on the battlefield.

The experience acquired during this turbulent period was put to good use at the MGH in the post-war years. 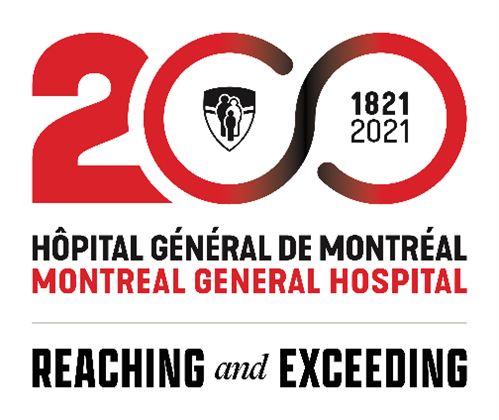