Architecture and design at the MUHC: an interview with Teresa Di Bartolo

This year, the MUHC is celebrating its 25th anniversary. Were you at the MUHC 25 years ago?

Yes, I was here! I started working at The Montreal Children’s Hospital on September 14, 1992.

That’s fantastic! Doing what, and at which site?

I was hired as the Facilities Coordinator at The Montreal Children’s Hospital (MCH) in the Architectural Services Department. The way I got that job is quite an interesting story!

At the time, I was doing real estate and property management for Steinberg Inc. at their head offices situated at Place Alexis Nihon, just across the street from the MCH. When the company was sold and parcelled out, a couple of my friends and I went to the Children’s to pick up job application forms on a whim. My friends decided not to bother submitting their candidacy after all, but they dared me to send mine! I did just that—but, I got a letter from HR informing me that that they did not have any positions suited to my experience and background. My friends had a laugh…

Fast forward six months later: it turned out that the hospital had held onto my CV! They called me for a job as a Facilities Coordinator, someone who manages spaces and oversees renovation projects. After passing an interview in front of a panel and doing a written exam, I got the job!

Wow! What was it like when you first started?

I was given a little desk and a wooden chair in a converted photocopy room. There was one computer for the whole office, and we all had to reserve our time on the computer. It was quite an adjustment from what I’d been used to at my previous job, but I quickly got into the swing of things. One of the first revelations I had in my new position was how stark the hospital looked in terms of its design. The walls were all painted a pristine white, with an occasional burst of canary yellow or Halloween orange. If you were lucky, you’d come across a bit of ‘scrub’ green… Everything looked pretty sterile and there was very little in the way of visual stimulation.

I made it my mission to ensure that we would create warm, comforting, and inviting environments to foster a sense of relief from fear and anxiety. I wanted spaces that decreased a person’s frustration as they waited for their appointment. Environments that contain appealing colours, interesting finishes, and wonderful artworks can be uplifting. They can make you feel better. 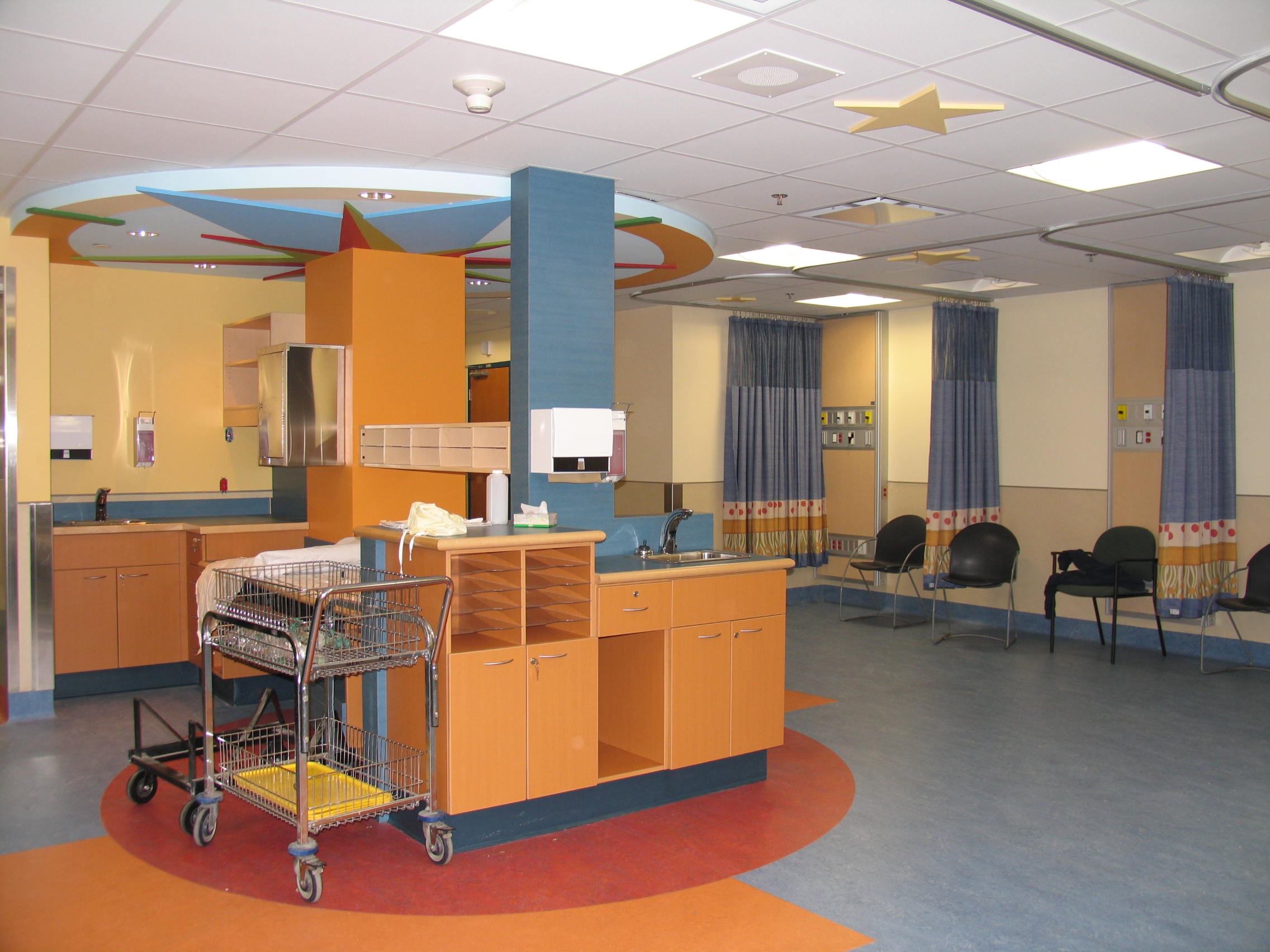 That’s very incredible of you, Teresa. Now take me to the year 1997; that’s five years into your career. What do you remember about the merger?

The idea of merging came several years before the actual merger took place in 1997. Actually, when I started in 1992, we were just about to embark on plans and specs for the modernization of the Children’s. Our plans included a brand new building adjacent to the existing ones.

However, our executive director at the time, Dr. Nicholas Steinmetz, thought that it was crazy to invest in the existing buildings, which had so many constraints and limitations. He also realized that the other McGill hospitals were in the same or worse conditions. And so was born the vision of creating a McGill University Health Centre — a world class, state of the art, modern facility that would provide a continuum of care from birth to old age under one roof! While Dr. Steinmetz handled the clinical discussions with the adult hospitals, he asked our team (planners, architects and engineers) to start dreaming! We began to envision all kinds of scenarios and options for the location of the future MUHC.

That’s amazing timing. Looking back on your career, what are some of the best things that you think about?

Working on the planning and design of the future Children’s at the Glen and, later on, ensuring that everything was in place to receive that first patient in 2015—those were some of my greatest sources of pride and satisfaction. The spaces that we had created at the new Children’s were tailored to the needs of pediatrics, and conducive to the healing of our young clientele. It moved my heart when I saw that first patient arrive, and look around at the grandeur of the Glen. I was filled with love for my job!

At that time in 2015, I transferred to the MUHC Planning &amp; Project Management Department and began to take on projects on the adult sites. I’ve had the privilege of working on the planning of several important projects such as the modernization of Lachine—where construction began a couple of weeks ago—as well as several projects at the MGH, the Neuro and at our various administration buildings.

I can honestly say that there is no better feeling than to see old spaces be transformed into bright, welcoming, functional areas where our staff can provide the best care possible! I feel blessed to have had this opportunity to work at the MUHC!

What do you wish for the MUHC in the next 25 years, in three words?

Boy, that’s really hard to do in just 3 words!  But I guess, at the end of the day, my wish for the MUHC is that we “Continue healing people!”

That is after all, our raison-d’être.