The McGill University Health Centre (MUHC) is committed to being one of the world’s foremost academic health centres with state-of-the-art facilities on all three of its sites, transforming health care for generations to come.

Since 2008, the MUHC has revisited its approved plans for the modernization of the Montreal General Hospital (MGH). In-depth studies demonstrated construction of the 2008 proposal would have been extremely disruptive and costly (seismic rehabilitation of the entire building would have been necessary). As well, the A and B Wing expansions were no longer necessary as the Neuro will not be moving to the site. The current project reconfirms the MUHC's commitment to excellence, providing the best care possible in leading-edge facilities. 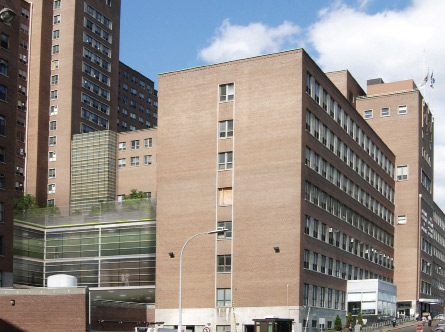 Advantages of the New Concept

The use of 1750 Cedar Avenue is central to the revised plans. Not only will the use of the existing building greatly facilitate renovations in a hospital that operates around the clock by providing the space to decant current activities, it will also provide much needed space for clinics and offices. Visually and environmentally, the revised project has numerous benefits. It ensures better urban integration while protecting all current sight-lines and views of Mount Royal and it provides over 34,068 ft2 of new green space.

Elimination of the six additional floors planned for the C Wing;

Compliance with the recommendations put forward by the Office de consultations publiques de Montréal following the hearings in 2008:

AN OVERVIEW OF THE MONTREAL GENERAL HOSPITAL

The only adult tertiary trauma care centre in downtown Montreal, the MUHC's Montreal General Hospital (MGH) is a vital resource in the heart of our city. The renovations will see the creation of a state-of-the-art emergency room, some of the most sophisticated operating rooms in the country, modern individual patient rooms, and a complete range of associated specialties. All will ensure that it will continue to thrive as a centre of healthcare excellence for generations to come, while privileging green space to bridge the city and historic Mount-Royal.

The renovations will enable the MUHC to maintain the services it offers in orthopaedics, emergency, mental health, general practice and surgery, maxilla-facial surgery, plastic surgery, ophthalmology, geriatrics, and neuroscience at the MGH. The renovations have already begun in a number of units. Notable among the projects underway or already completed are:

These initiatives involve the creation of welcoming, healing environments that offer a special place for families and plenty of natural light and green space. They also aim to promote synergy among the care, teaching and research activities carried out here, with all of these being priorities for the MUHC's Glen site and Lachine Hospital as well.