MONTREAL — The Board of Directors of the Research Institute of the McGill University Health Centre (RI-MUHC) confirmed today the appointment of Dr. Constantine Stratakis as the new Executive Director and Chief Scientific Officer of the RI-MUHC. Dr. Stratakis is a visionary administrative leader and one of the world’s most respected and highest-cited endocrinologists and geneticists. Concurrently, he becomes Director of Research at the MUHC, as well as a Full Professor in the departments of Medicine and Pediatrics and an Associate Member in the Department of Human Genetics in the Faculty of Medicine at McGill University.

“Attracting a leader who will inspire the brilliant minds at the Research Institute of the MUHC was challenging. However, the stakeholder-based selection committee* was successful in cultivating a number of truly outstanding candidates,” declared Mr. Peter Kruyt, Chairman of the Board of Directors of the RI-MUHC. “Dr. Stratakis emerged at the top of a list of 141 candidates, which is a testament to how confident we all are that he will take the RI-MUHC to the next level.”

With over CAN$200M in revenues and ongoing research collaborations in 67 countries, the RI-MUHC has regularly ranked in the last decade as one of Canada’s top three hospital-based research institutes and is the largest in Quebec. As Executive Director and Chief Scientific Officer, Dr. Stratakis will lead a team of 445 active clinical, fundamental, outcomes and evaluative researchers, nearly 1,200 research trainees and over 1,100 staff, assuring the highest standard and impact of the Institute’s scientific output. As Director of Research at the MUHC, Dr. Stratakis will contribute his expertise and insights to strategic planning and operational matters, as well as foster alignment with the strategic objectives of McGill University, governments, granting bodies and other organizations with a view to encouraging novel relationships and innovation. 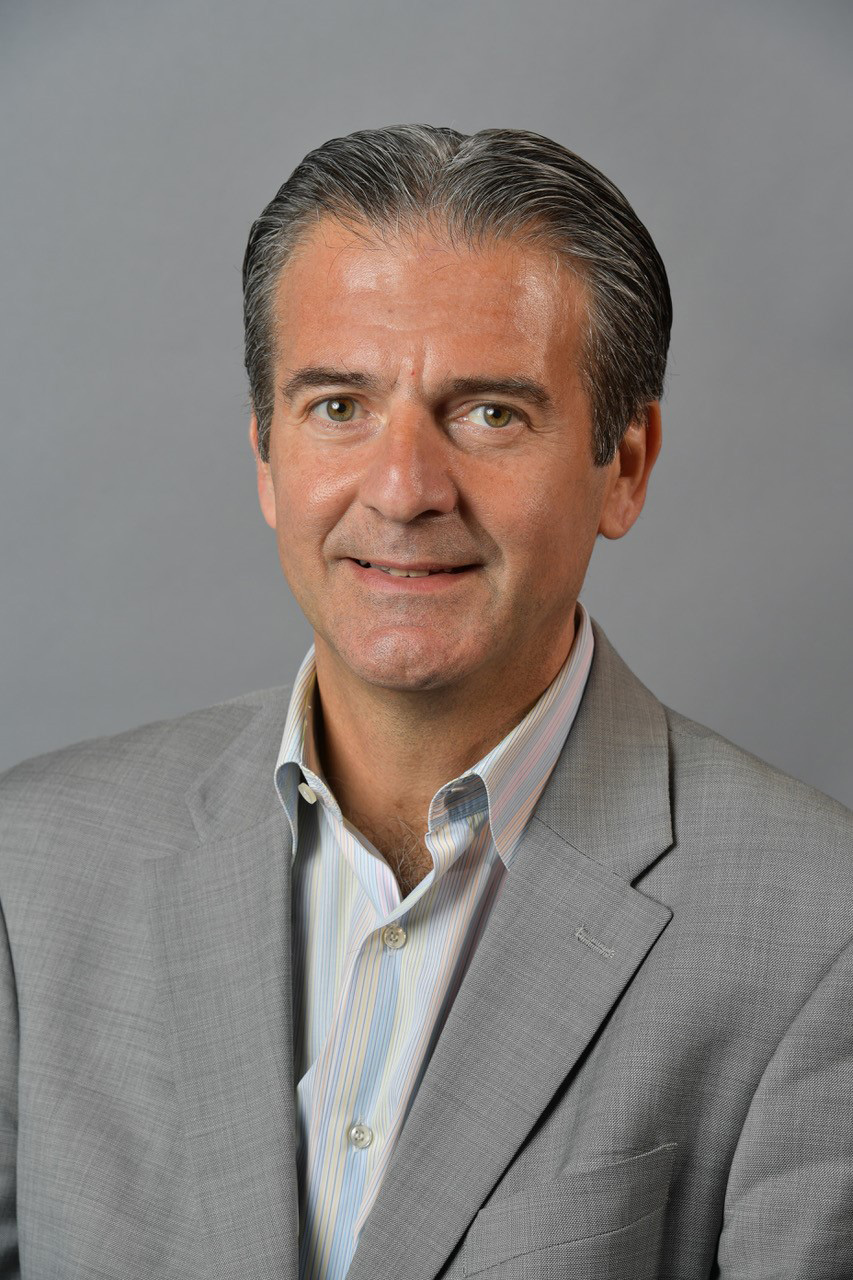 “Health care continues to move towards personalized, predictive, preventive, and curative management of disease,” noted Dr. Pierre Gfeller, President and Executive Director of the MUHC. “Dr. Stratakis’ passion for research is palpable. He has been extraordinarily successful and I have no doubt that his arrival will jump-start a new chapter for the RI-MUHC where multidisciplinary teams will rally around big questions, such as the impact of personalized medicine and new technologies on how we practice medicine, and the ultimate goal of helping people live healthier lives at every stage of their lifespan. It will be my pleasure to work with Dr. Stratakis.”

“McGill is proud of our long-standing partnership with the RI-MUHC to foster discovery and train our future leaders,” noted Dr. David Eidelman, Vice-Principal (Health Affairs) and Dean of the Faculty of Medicine at McGill and a member of the Board of Directors at the RI-MUHC. “We are delighted to welcome a clinician scientist of Dr. Stratakis’ renown to our community. His vast knowledge and experience will further enrich our research and academic environment, adding a world-class mentor for our trainees and early-career researchers who represent Canada’s future ability to face the health challenges of the 21st century.”

A native of Greece, Dr. Stratakis earned his MD (1989) and D (Med) Sci degree (1994), with Highest Honours, from the University of Athens where he was class valedictorian. He trained in laboratory medicine and endocrinology in Greece, then for a short time in France and eventually in molecular endocrinology in the United States at the National Institutes of Health (NIH), Bethesda, Maryland. He completed a residency in pediatrics, and fellowships in pediatric endocrinology and medical genetics at Georgetown University Medical Center, Washington, DC. Even as a Fellow, Dr. Stratakis received numerous awards for academic excellence. In 1995, he started his own lab at the NIH and began his rise through the leadership ranks, first becoming Fellowship Program Director and then Branch Chief of Pediatric Endocrinology and Genetics, respectively.

Since 2009, Dr. Stratakis has served as Scientific Director of the Division of Intramural Research and, since 2017, as Acting Director of the Division of Intramural Population Health Research at the Eunice Kennedy Shriver National Institute of Child Health and Human Development (NICHD). In these roles, he has stewarded operations and the development of programs to strengthen and enhance scientific funding for all investigators, increasing transparency, equity and diversity, enhancing collaborations, promoting the purchase and upgrading of capital equipment, and leading a massive effort to completely renovate physical infrastructure for the NICHD. Amongst his achievements, he is credited with recruiting several new early-stage investigators, establishing the NICHD’s Taskforce for Diversity, Fellows Recruitment Incentive Award and Developing Talent Scholars Program to attract and retain students and postdoctoral fellows of backgrounds traditionally underrepresented in science.

“I have spent over twenty-seven productive and stimulating years at the NIH, so it is bittersweet to be leaving many wonderful colleagues, but I am really excited to be joining the prestigious McGill academic and healthcare community and moving to a vibrant city that reminds me of my days as a curious student in Paris,” underscored Dr. Stratakis. “The unknown is as motivating as ever, perhaps more so because there are so many new opportunities at this stage in our history. I can’t wait to immerse myself in my new functions and ensure that the RI-MUHC’s researchers have the sustained funding and infrastructure to not only adapt to rapid changes, but to also anticipate where we should be concentrating our efforts.”

A clinician scientist who will continue his research endeavours in Montreal, Dr. Stratakis is known for numerous discoveries, notably the identification and characterization of the genetic causes for various conditions, many of which that he first described: the dyad of heritable paragangliomas and gastrointestinal stromal tumours (GIST) also known as Carney-Stratakis syndrome (CSS); pituitary adenoma and pheochromocytoma/paraganglioma association (3PAs); a form of gigantism that he named as X-linked acrogigantism (X-LAG); and a form of adrenal hyperplasia known as isolated micronodular adrenocortical disease (iMAD). Dr. Stratakis has identified the genetic defects for several other conditions, including Carney complex (CNC) and primary pigmented nodular adrenocortical disease (PPNAD); bilateral adrenocortical hyperplasias (BAHs); other forms of paragangliomas, GISTs and other tumours, and adrenal insufficiency. His translational and medical investigations carry significant clinical implications. In particular, gene-based testing for CNC, PPNAD, and CSS patients can result in earlier diagnosis, more effective treatment, organ-specific surveillance, and prophylaxis. His work on adrenal and pituitary tumours has also led to discoveries that affect how we approach common, non-genetic tumours, such as cortisol-producing adenomas, corticotrophin-producing tumours, Cushing syndrome, and cortisol deficiency, etc.

“This career move is also happening at a juncture where I am increasingly committed to personalized medicine, both as a researcher and an administrative leader in science and medicine; these are amazing times for an academic research centre embedded in a sophisticated healthcare system,” added Dr. Stratakis. “I am looking forward to mapping a bold strategy with colleagues and partners that will extend beyond 2030.”

Dr. Stratakis has authored more than 700 publications, is currently co-Editor-in-Chief of Hormone & Metabolic Research and Co-Editor of Molecular & Cellular Endocrinology, and has been a Visiting Professor at many universities around the world. He has been recognized with many awards and honours, including: the Dale Medal (2019), the Society for Endocrinology’s highest accolade; the International Award from the European Society of Pediatric Endocrinology (2018); the NICHD Mentor Award (2015) for mentoring trainees from all over the world and a number of other NIH Awards; and the Ernst Oppenheimer Award of the Endocrine Society (2009). Dr. Stratakis holds a Ph.D Honoris Causa from the University of Athens (2018) and Université de Liège (2013), and is a graduate of the Senior Leadership Executive Program at the Maryland School of Public Policy (2012). He was President of the Society for Pediatric Research (2018-2019) and is an elected member of the American Pediatric Society (APS), American Society for Clinical Investigation (ASCI) and Association of American Physicians (AAP). He also serves on several boards, including the Board of Directors of The Children’s Inn at NIH. He will assume his new functions at the RI-MUHC, MUHC and McGill on June 1, 2020, but already began meeting his new colleagues last week.